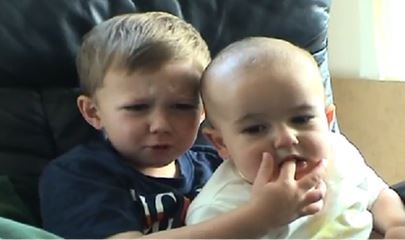 “Charlie Bit Me!” A hazy 56-second video of two children virtually blew up the internet in July 2007. Howard Davies-Carr of the United Kingdom recorded his one-year-old son Charlie assaulting his three-year-old brother Harry at home. As a result of this, “Charlie bit me!” became well-known. “The video of three-year-old Harry Davies-Carr reporting that his brother Charlie bit his finger has produced a host of remix and spoof versions on YouTube. In the said viral video, the two brothers are seen playing together on the couch, with Harry Davies-Carr, who is three years old, putting his finger in the mouth of Charlie Davies-Carr, who is one year old. A British IT sales professional, Howard Davies-Carr, shared this home video of his two sons playing on May 22, 2007. The minute-long video, titled “Charlie bit my finger — again,” was shot on March 19, 2007, and shows Harry repeatedly inserting his finger into Charlie’s mouth and being bitten. Harry shouts out “ouch” and complains to his father behind the camera not long after.

The video was supposed to be emailed as an attachment, but the file size was too huge. The video was never intended for fame and profit; it was just one of those laid-back moments at home wherein the family took videos of children’s funny moments to keep as family memories. The only reason Mr. Davies-Carr changed the video’s privacy settings from private to public, he stated on a podcast, I’ve Got News For You, was so that it could be seen by close friends and family. “(Like) my parents who didn’t understand signing onto YouTube and all that type of stuff,” Mr. Davies-Carr explains. “We went public with the notion that no one would be interested except friends and family.” As the video spread across the internet, Davies-Carr modified the video’s viewability to the public for ease.

The film went virtually unnoticed for the next few months until a slew of re-enactment parodies appeared on YouTube in early November. The video was posted on College Humor on November 22, [1], providing a significant boost in mass exposure. Similarly, the father has been accused of faking “Charlie Bit My Finger” in the video’s comments area, which typically happens with viral films and videos. Mr. Howard Davies Carr, in an interview in May 2009, said that there are no amount of words that will persuade the conspiracy theorists that the clip was totally original; at the time of the interview, he was working on ‘Charlie Bit Me – Again! ‘The Prequel,’ which he hoped would put the questions on the integrity of the video to rest.

Charlie Bit Me Topped the Board

The Decision to Sell 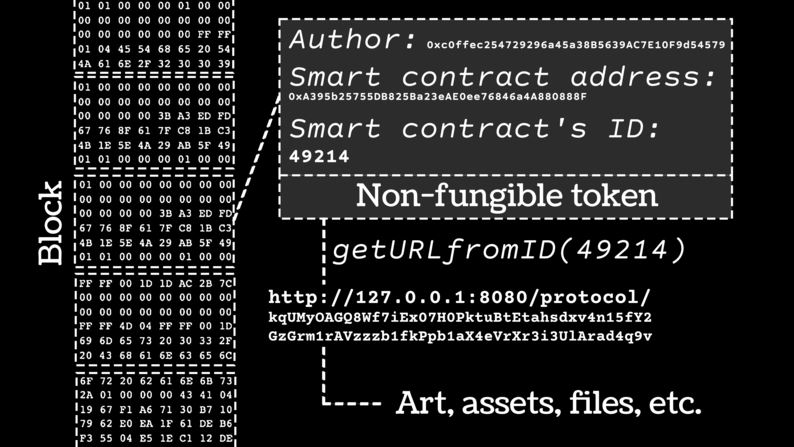 The original footage was auctioned as an NFT and sold for over $760,000. As promised, the original video will be removed from YouTube after the deal is completed. The family of the early viral hit “Charlie Bit My Finger” auctioned the original video as a non-fungible token (NFT), which went for more than $760,000. However, Mr. Davies-Carr had to justify his decision to market the video as an NFT because many viewers were unsure of what they were selling. “(The concept arose from a) collaboration between myself and someone I worked with legally named Damian Collier, who founded Viral Spiral.” “We were conversing, and the whole notion of NFT came up,” he says. Digital art, music, memes, and videos are examples of NFTs.

The video’s sale represents another early content provider entering into the NFT arena and benefitting from popular films. The family is collaborating with Origin Protocol, a digital marketplace for NFTs because they gave them a “tailored auction” dedicated to selling their one NFT, posted on CharlieBitMe.com. Harry, now 17, told Insider via email on Friday. This is a departure from other viral producers’ use of prominent websites like Raible and Foundation.

Although the original film has now been removed from YouTube and the famous children, Harry and Charlie, who are now 17 and 15 years old, Mr. Howard Davies-Carr admits the viral footage will always be a big part of their lives.

The family has filtered requests for the video to be used in advertising, product endorsements, and films, including a 2014 Jimmy Kimmel Live segment. Chris and Liam Hemsworth played two siblings, with Tom Hanks and Meryl Streep playing their parents. “A video has never been the center of our existence, but it has always been part.”

Mr. Carr says he’s always encouraged Harry and Charlie not to let the fame get to their heads either. “By the time they’re adults, I want them to be more than just the video,” he says. In an interview with BBC News, Mr. Howard Davies-Carr pointed out, “You see fame come and go; it’s very inconsistent. So we’ve never viewed this as fame; we’ve never viewed it as a source of income.” That they were just lucky for the positive reception of the video.