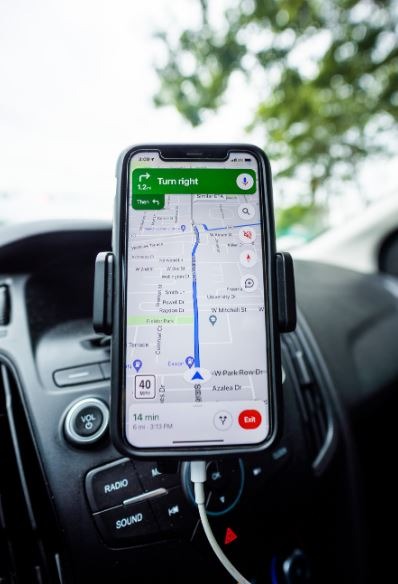 When a family travels somewhere for the first time, they always bring their phones with them. This is the Google Maps app installed on their phone. They use Google Maps to find directions to locations they’ve never been before. The software makes their journey easier and less stressful.

They can calculate the travel duration to that destination and plan appropriately to make the most of their time. They don’t need to stop and ask various individuals about the spot they’re looking for. Google Maps gives users with accurate directions to the site, as well as alternatives for which route to take and how much time they will spend there. But how does Google make the Google Maps?

What is Google Maps?

Google Maps is a mapping and navigation app for desktop and mobile devices. It is a free online map service provided by Google. It’s available as a web browser extension or as a mobile app. Maps gives turn-by-turn directions to a place, as well as 2D and 3D satellite views and public transportation information. Maps also provides “Street Views,” which are photographs of actual streets and their surroundings. Google Maps is used by millions of websites to provide directions to retailers and workplaces. 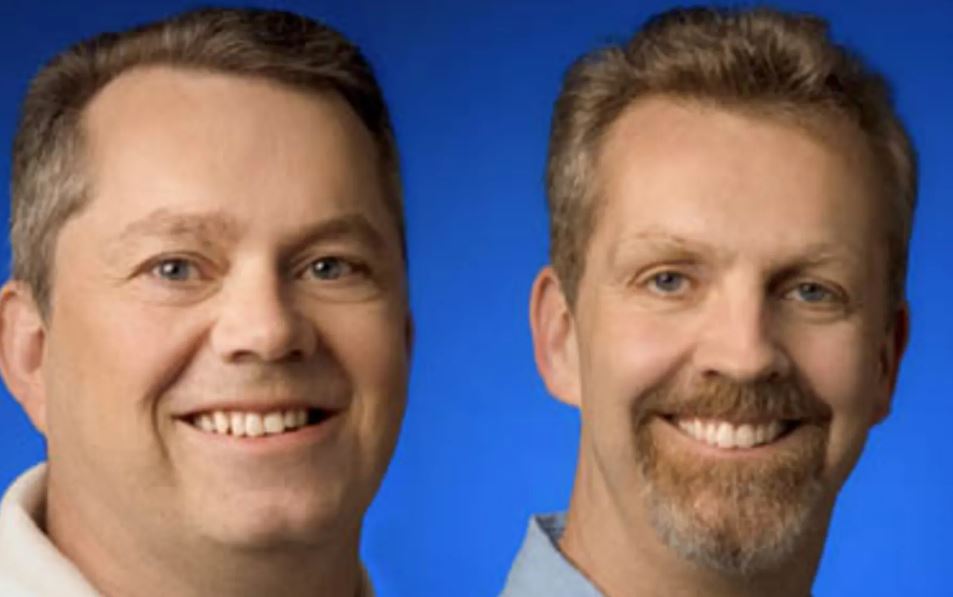 Google Maps was created in 2004 with a C++ application written by two Danish brothers, Lars and Jens Eilstrup Rasmussen, of Where 2 Technologies. Rasmussen and his brother Lars founded Where 2 Technologies in early 2003, a mapping initiative that produced the prototype of Expedition, their mapping program. The main concept was to develop static maps that provide instructions, as well as free and zoomable digital maps for users.

Rasmussen created Google Wave in 2004, while the brothers were negotiating the sale of Where 2 Technologies to Google. In October 2004, Google bought Where 2 Technologies, and the Rasmussen brothers led the team that debuted Google Maps in early 2005. The Rasmussen brothers began working on Google Wave in 2006, then Jens went to Sydney, Australia, in 2007 to continue working on the Google Wave concept with Lars and a small team under the project name Walkabout. Google Wave was a 2009 open source code online application that was discontinued in 2012. Google Wave is an application that “allows you to interact and collaborate in real time.” Wave enabled several users to edit a document and participate in a group conversation at the same time. Waves might also be used as a forum or simply to send emails and instant messages to two or more persons.

How Google Maps was built?

Imagery is crucial in the development of Google Maps. Google can locate buildings, roads, and companies all around the world using Street View and images satellites, as well as other important spatial markers such as speed restrictions, buildings, and business names.

Street View, which debuted in 2007, is largely responsible for providing us with access to the most remote regions of the world from the comfort of our own homes, owing to the Street View Car. With over 170 billion photographs collected in 87 countries, high-quality imagery contextualizes the lines shown on 2D maps and gives us a clearer understanding of our ever-changing environment.

Google Street View is a technology included in Google Maps and Google Earth that displays interactive panoramas from various locations along the world’s streets. It began in many locations in the United States in 2007, and has since expanded to cities and rural areas worldwide. Google Maps displays streets with Street View imagery as blue lines. The majority of photography is done by car, although it can also be done by trike, camel, boat, snowmobile, underwater device, and on foot. 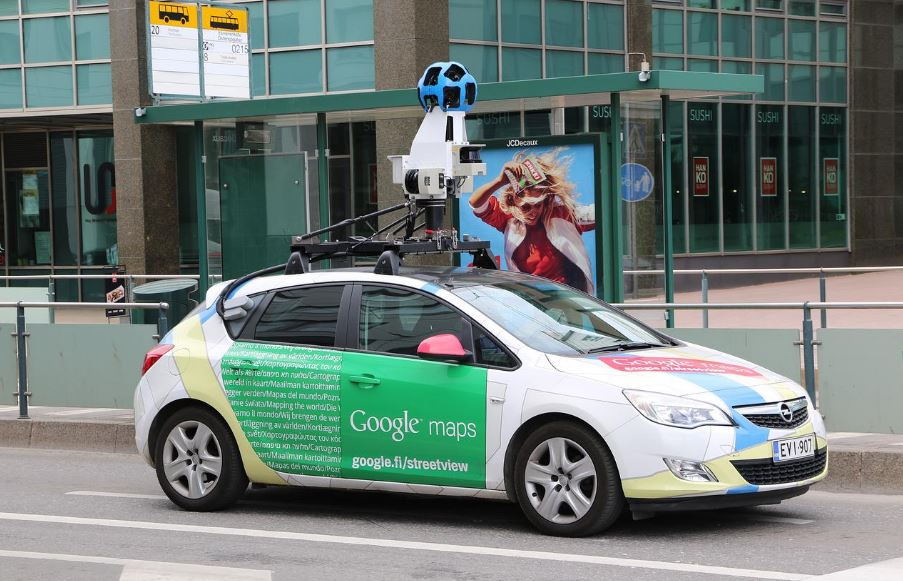 Google collaborates with a large number of “partners” who provide drivers and images as subcontractors. The driver is told to drive around his neighborhood, local streets, and the city. As a result, rather than having one driver travel the entire United States, Google focuses on local regions at a time. This is because Google recognizes that local residents know their community better than anybody else. Drivers are instructed to drive on whatever street the car can travel on, from freeways to alleys. Once they’re inside, you start the system with a simple “pause/record” button that controls the camera. They have a screen on the passenger side of the vehicle, and the enormous server is located in the back of the vehicle.

Google Street View imagery is gathered by trucks outfitted with advanced imaging equipment, which is basically a fancy way of stating a long pole with 8 cameras facing in different directions that capture images at the same time. While driving on public roads, the vehicle captures and monitors everything that happens around it. The algorithm blurs out faces and text after processing (license plates and signs). The photographs are then transferred to the main servers, where they are processed using images from Google’s own data as well as data from various partners. Although it is not real-time, Google states that the majority of the photographs were taken within the last year.

Images, on the other hand, cannot be used to create a map. You’ll also need quantitative data such as road length, terrain, and distances. All of this information is combined with photos to create a layered and detailed map. Google Maps collaborates with 1,000 third-party data providers from around the world to create accurate maps. Furthermore, governments can directly contribute data to Google Maps, ensuring that the information you see is always up to date.

When you open Google Maps in aerial view, you begin in space, with photographs captured by NASA’s space shuttles. Satellites begin to gather photographs as you zoom in closer. Images are captured by planes as you reach a greater bird’s-eye view. This explains why Google Earth has such high resolution.

Google does not capture any of these photos; instead, a variety of different companies do. Their names can be found at the bottom of the images. Google’s task is to stitch these photographs together so that they appear to be one large image. 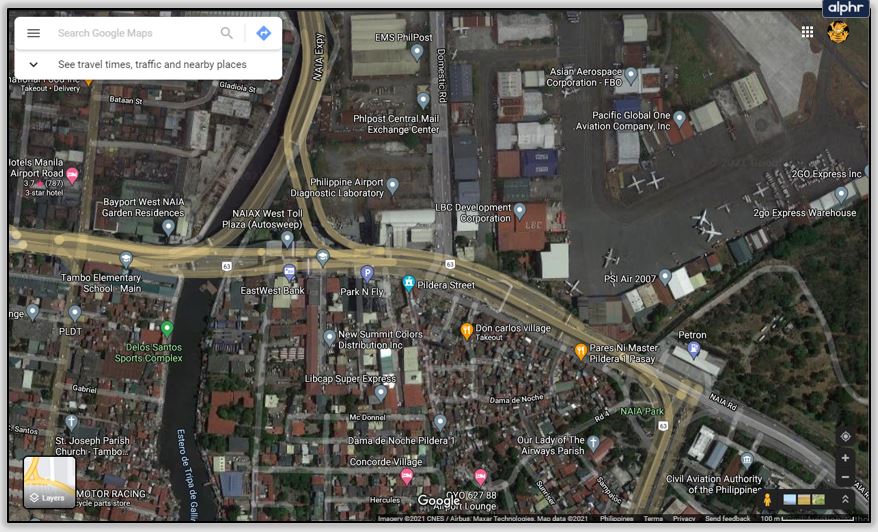 Although data and pictures are excellent technological tools, they have a margin for error since they cannot always handle the human aspects that drive map evolution. That is why Google Maps employs a global data operations team to ensure that the information brought in is correct, correct any errors, and improve the overall process. Local guides and people like you and me can point out errors and give input to the Google Maps team, thus Google Maps users play a role in map perfection as well.

Machine learning is the final step toward a better Google Maps. Machine learning automates mapping operations while retaining a high level of accuracy. That is, buildings appear sharper on the map, resulting in clearer landmarks and spatial recognizers. Machine learning blends human creativity with the technological ease of duplicating it on a huge scale.

The map is constantly updated–literally, every second of every day! Google continually gathering fresh data about the globe, whether from satellite photography and Street View cars, or from Google Maps users and local business owners, and using it to update the map. Every day, Google Maps users submit over 20 million bits of information–more that’s than 200 contributions every second.

Google Maps is a fantastic tool. It can assist you in getting where you need to go as well as learning what you need to know before you get there.

Google Maps, unlike paper maps, is not limited to a single state or country. In fact, it has maps for practically every country on the planet. Despite the fact that 220 nations and territories have been mapped to far, there is always space for development, and Google Maps is constantly striving to be better in order to make your life a little easier.

Google Maps is more than simply a map when combined with satellite imagery, user-submitted photos, and Google’s sophisticated street-view tool. It’s an interactive atlas—a method to learn about various places and people from around the world.