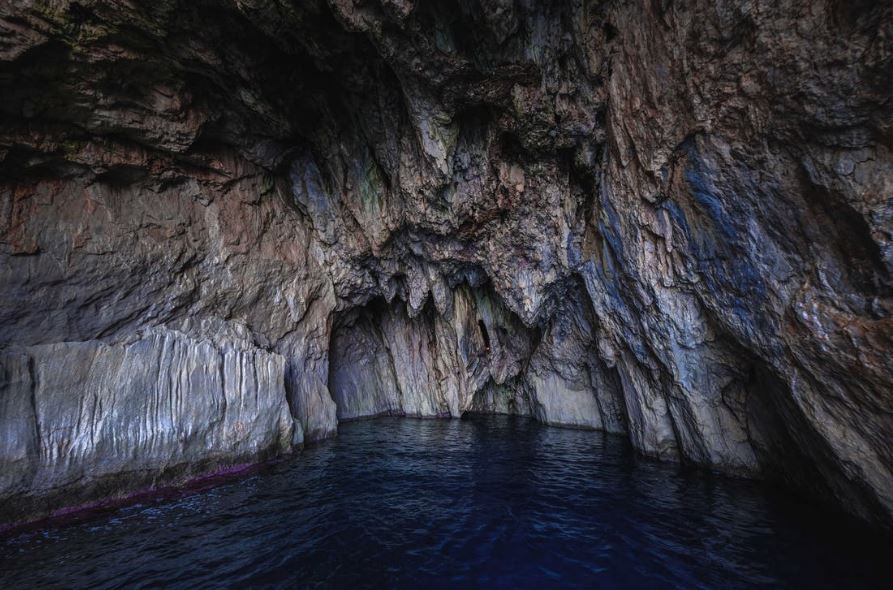 These are the first things that come to mind when we think of caves.

With their unique rock formations, crystal-clear underground water, and other fascinating features, caves have long piqued human attention as a portal into the past and an illustration of how our planet has developed over the years. While some caves remain inaccessible to tourists, we are fortunate that many of the world’s most famous and unique caves are within the reach of both residents and visitors.

So what are you waiting for? Check out our list of the top ten largest caves in the world that you can visit and explore!

Located in Gunung Mulu National Park, Malaysia, which is a UNESCO World Heritage Site, the Clearwater Cave System is one of the world’s largest interconnected caves spanning over 224km in length and is believed to be the longest in Southeast Asia.

The Clearwater Cave System boasts an underground river and a variety of interesting rock formations. Tourists planning to visit this cave should pack their swimming suits, ponchos, sturdy non-slip shoes, insect repellant, and torchlight, and they’ll be ready for the experience!

Adorned with interesting mineral formations and an expansive passageway, the Lechuguilla Cave in New Mexico has long attracted the interests of cave enthusiasts, geologists, and scientists alike. Located within the Carlsbad Caverns National Park, this cave extends across more than 138 miles. This cave is considered to be the deepest limestone and gypsum cave in the entire United States.

The Wind Cave in South Dakota is home to 95 percent of the world’s mapped box work formations. The cave is known for its frostwork as well as its boxwork calcite formations and is considered the world’s densest cave system. Aside from the marvelous rock formations, tourists can see a variety of wildlife in this “maze” cave.

One of the largest and most mysterious cave systems on the planet, Shuanghedong Cave Network rests among the top ten largest caves in the world. Located in Guizhou, it is considered the longest cave in China spanning over 150 miles. Due to the enormity and seclusion of this cave, there have only been 20 expeditions made to investigate this cave system which means a large portion of this cave network remains uncharted.

First discovered in 1965, the Optymistychna Cave in Ukraine has a very interesting history behind its name. The cave’s name means “optimistic” and pays homage to the explorers who explored it further despite initial measurements of it not exceeding 3 kilometers in the length of depth. After over 170 expeditions, this cave now earns the title of the longest gypsum cave in Eurasia and is divided into 10 different areas.

The Ox Bel Ha System is located in the Yucatan Peninsula which is renowned for its beautiful sandy beaches and picturesque Mayan ruins. Considered one of the oldest discovered caves, the Ox Bel Ha system is thought to have formed about 18,000 years ago, spanning a cumulative length of 270 kilometers.

This cave system is one of the largest providers of freshwater in the region and boasts an array of limestone tunnels and complex corridors. The name of the cave system ‘Ox Bel Ha’ means ‘Three paths of Water’ in Mayan. To date, there are many pending explorations yet to map the entirety of this cave system.

Even though the cave does not have jewels inside, it’s home to alluring and colorful crystals spanning over 322 kilometers of mapped passageways which makes it one of the largest and longest caves in the world. The Jewel Cave’s exceptional interior makes it among the top destinations listed by tourists and cave explorers. This treasure is nestled in the Black Hills National Forest and boasts breathtaking beauty both below and above ground.

It is believed that the cave was discovered by brothers passing through Hell Canyon. Aesthetically speaking, this cave system will satisfy the most curious human minds with its breathtaking underground world. The vibrant colors and delicate pebbles reveal a fascinating ecology that is not quite apparent anywhere else.

Sistema Dos Ojos, located near Tulum, Quintana Roo, Mexico, was found in 1987 and has captivated explorers’ attention ever since. Currently running over 345 kilometers, the Sistema Dos Ojos is placed third in this list of largest caves on the planet. Sistema Dos Ojos is regarded as a significant archaeological site. Archaeologists have unearthed information on a variety of cultures within this cave system, which has led to several discoveries. This cave is considered the largest underwater cave in existence.

This cave is ranked as the world’s second largest cave with a whopping 680 kilometers in cumulative length. It also earned the title of the world’s longest cave ever in existence. Since a huge portion of this cave system has been mapped out, tourists and cave explorers surely have so much to investigate in this cave while taking in its marvelous and expansive beauty.

Mammoth Cave has been explored by humans for almost 4,000 years, and it is still a popular tourist destination in Kentucky today. It is a particularly beautiful cave with numerous stalactite formations. Despite its vastness, new caves are reportedly found within its network so there is no telling how truly large the cave system is.

While other caves in this list are indeed extremely expansive, they hold no comparison to the monstrous Son Doong Cave.

The recently found Son Doong Cave in Vietnam requires visitors to descend 260 feet merely to enter its perimeters, with caverns huge enough to hold a New York City block with a 40-story building. A man named Ho Khanh, who lived in the neighboring bush, is believed to have discovered Son Doong in 1991.

The British Cave Research Association spearheaded the expedition project of this cave in 2009. Apart from the fact that it is estimated to be three million years old, very little is known about this system and recent reports from geologists reveal that this cave network is even bigger than what was originally thought.