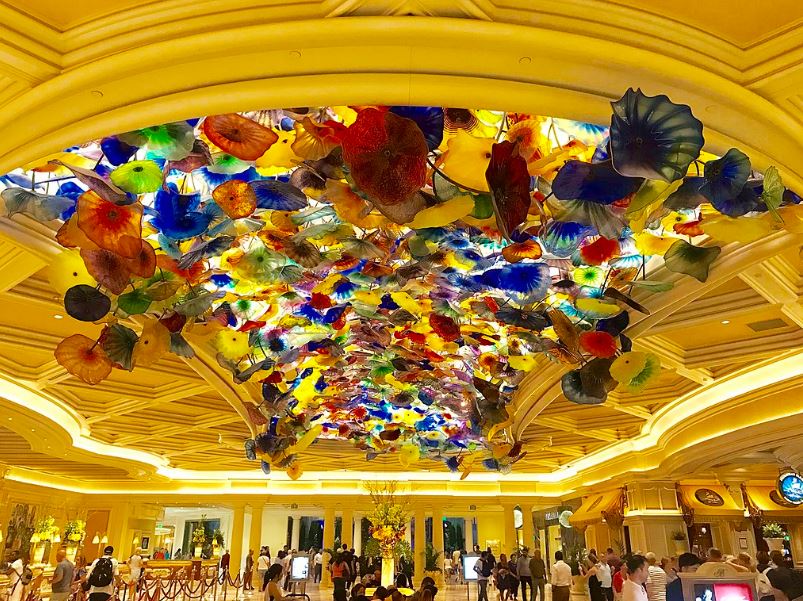 Glass has been used to create art for countless years. The pieces have varied in size from tiny objects that can be displayed and appreciated in the home to enormous monuments that frequently take up substantial public spaces. Due to the many advantages, it offers as a crafting material, glass is frequently used in art. It not only offers a variety of lovely ways to capture and reflect light, but it is also incredibly malleable and can assume any shapes and colors the artist desires. Aside from glass arts, there are also mind-blowing strobe animated sculptures that you need to know.

Finishes can also be used on glass to produce a variety of effects, including beveling, etching, cracking, and many others. These characteristics have made it a well-liked option for craftspeople throughout history and up to the present. One illustration of the magnificent glass art that surrounds us is stained glass windows. If you know what to look for and where to look, you might just see something truly amazing. On the other hand, there are also beautiful and breathtaking places you may have not seen before. In light of this, let’s examine some of the most incredible glass artworks in existence today and their locations.

The largest glass sculpture in the world, Fiori di Como, was made in 1998 by well-known artist Dale Chihuly. Around 2,000 glass umbrellas make up the installation, which is located in the lobby of the renowned Bellagio Hotel in Las Vegas and spans 190 square meters of the enormous room’s ceiling. The installation is mounted on a steel frame and has a depth of more than three meters to maintain its prominent position as the room’s focal point.

Chihuly oversaw the work of over one hundred specialists, including glass blowers, engineers, and architects, to create this work of glass art. It still astounds visitors with its brilliant explosion of light and color twenty years after its debut. “Color is one of the great properties of glass and is more intense in glass than any other material,” the artist said in a statement about the piece. “I made the color appear random, yet organized as you might find in nature.” 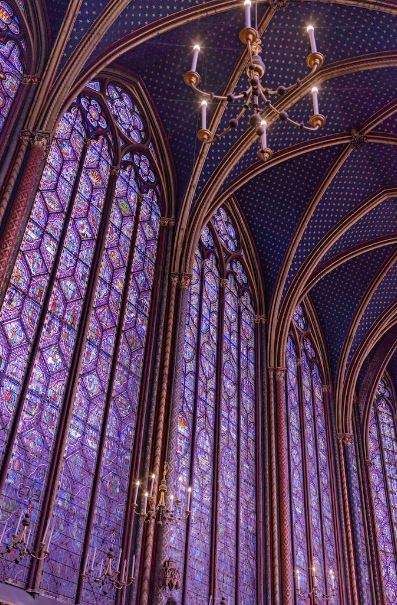 One of Europe’s best-preserved medieval wonders is Sainte-Chapelle, and its windows are absolutely incredible. The Palais de la Cité, the former royal palace, and residence of the kings and queens of France, once housed the chapel in its center. Later on, the area was rebuilt as the Palais de Justice. It was built in the 1240s over a period of seven years, with a focus on the stained-glass windows, which are unquestionably the centerpiece.

Although the 600 square meters of stained glass are undoubtedly stunning, they were initially intended to tell biblical, regional, and political stories, particularly to those who were illiterate. In the glass, there are 1,130 biblical characters portrayed across 15 enormous windows and one sizable rose window. The Saint-Chapelle glass has endured numerous restorations, the most recent of which was finished in 2015. Throughout the years, the glass has suffered damage from neglect, catastrophes, and war. Each window in the chapel now has an exterior “glass skin” that protects them without changing their appearance. 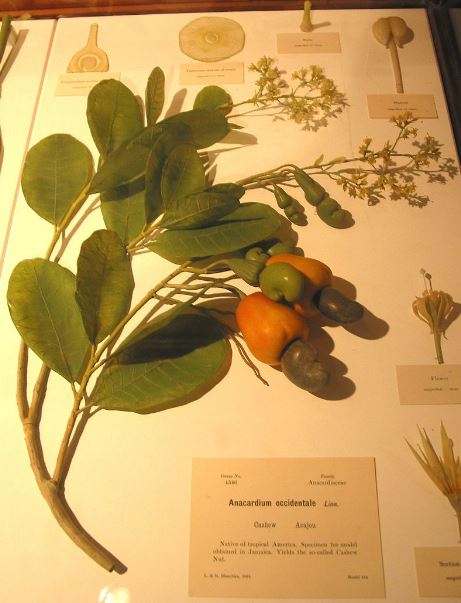 To give it its full name, the collection of over 4,000 glass flowers that are on display at the Harvard Museum of Natural History is known as The Ware Collection of Blaschka Glass Models of Plants. Viewing this collection will allow you to witness one of the most amazing applications of glass art for science, with over 830 plant species being faithfully represented. German artists Leopold and Rudolf Blaschka, a father and son team, produced the glass flowers between the years 1887 and 1936.

George Lincoln Goodale, a professor, asked for them to be made so that he could teach students about the anatomy of particular species all year long without having to rely on real-life specimens. The flowers are made of glass and held up by wire; many of the glass components were blown while others were shaped after being heated to a soft state. In some instances, colored glass was used from the beginning to replicate the shades of real plants, while in others, the sculpture was “cold-painted” with a thin layer of ground, colored glass, or metal oxides that were heated until they bonded to the piece. Visitors can take in the beauty of these glass flowers throughout the year because they are perpetually in bloom.

4. The Sun by Dale Chihuly 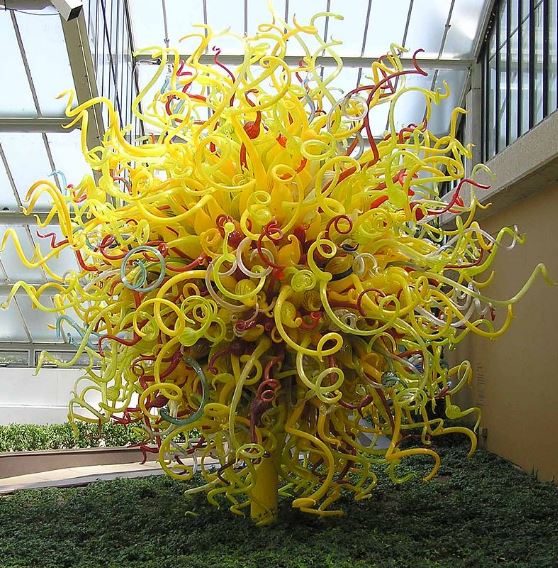 The Sun is appropriately the second piece of art by Dale Chihuly to be highlighted here. The installation, which resembles a cross between a tree and a sunburst, is made up of over 1,300 hand-blown glass pieces that are expertly woven together to create a seamless whole. The piece really comes to life when light is shone through it to create an incredible spectacle of vivid color in a darkened room indoors or in the evening outdoors. The massing of color is what, in the artist’s own words, “makes The Sun work for me.” It will be interesting to look at if you combine a thousand hand-blown pieces of color and then shine light through them.

Since so many people have been captivated by this iconic piece, it has gone on a world tour since its creation and has appeared in numerous prestigious museums and gardens along the way. The installation is equally at home indoors or outdoors, and has previously resided temporarily in locations such as Berkeley Square in London (2007), the New York Botanical Gardens (2006), and the de Young Museum in San Francisco (2008). (2014). A permanent home was eventually found for it at the Montreal Museum of Fine Arts.

Internationally renowned artist Julia Vogl’s truly one-of-a-kind piece, Singing on Paddington Street, honors the gift of song in the heart of London. Each of the 42 colored glass panels that make up the 102-meter-square sculpture’s individual sections represents a different musical note on the key. The artwork is a significant homage to Marylebone, which was a well-liked hangout for musicians during the 1960s and 1970s. People who can read music might be able to tell that the entire installation is made up of a well-known song.

Each section of this project required laminated glass panels, which Romag provided. Complex interlayers are used to create each piece, one of which is made of Vanceva, which gives the panes their appealing blue-green tint. Modern computer-controlled waterjet cutting tables, drills, grinders, and polishers were also used to prepare the glass. The real appeal of Singing on Paddington Street is that it is a work of glass art that anyone can appreciate, whether they are music enthusiasts or just passing by.

Given that Murano in Venice is the center of the world’s glass industry, it only makes sense that a stunning piece like Comet Glass Star would be displayed in one of the main squares. Since the city’s glassmakers were forced to relocate here in 1291 due to a fire risk, the island has produced renowned glass artwork. This futuristic-looking piece provides a startling contrast of the old and the new on the Campo San Stefano beneath the 19th-century clock tower.

Simone Cenedese, a well-known Venetian artist, made the sculpture in 2007 to commemorate Christmas. It has a jagged shape that resembles almost natural ice formations and is made up of 500 blown-glass components in six different colors and a variety of sizes. Due to its glass construction, the Comet Glass Star shines eerily with a radiant blue glow when lit at night.

Glass artworks don’t always have to be made from scratch, and Brooklyn-based artist Tom Fruin’s Kolonihavehus is evidence that you don’t need completely unique materials to assemble something exquisite. About 1000 pieces of salvaged plexiglass and scrap metal were used to create the installation, which is a brightly colored glass house with interior lighting. The components came from various locations throughout Copenhagen, Denmark, including dumpsters and abandoned storefronts.

The real kolonihavehus in Copenhagen, which was first constructed to provide state workers with an alternative to cramped living conditions, served as both the model for the design and the name of the structure. The design of Fruin almost resembles a greenhouse or garden shed; for added effect, it even has a working door and windows. After being built, the house traveled throughout Europe, visiting many renowned squares and plazas. Most recently, it was displayed in Brooklyn Bridge Park in the United States.

8. The Skylight at the Palau de la Música Catalana 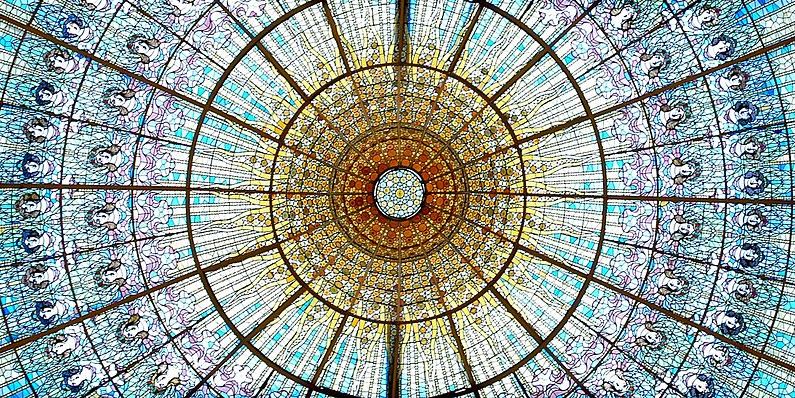 The Palau de la Msica Catalana is a special location not only for the top-notch live music that is performed there frequently, but also because it is a rare example of Catalan modernista architecture. This magnificent structure’s stained-glass skylight, which is located on the ceiling of the main auditorium, is one of its best features. Not just any window, this one features a sizable inverted dome that depicts the sun shining down upon the 2000 seats below, giving it a surreal appearance.

The sky is represented by the bluer tones that radiate outward from a central concentration of gold and auburn. It is the only concert venue in the world that uses sunlight for lighting, and the window looks especially fantastic during the day when lit by natural light. It was created by Antoni Rigalt, who collaborated with renowned architect Llus Domènech I Montaner. 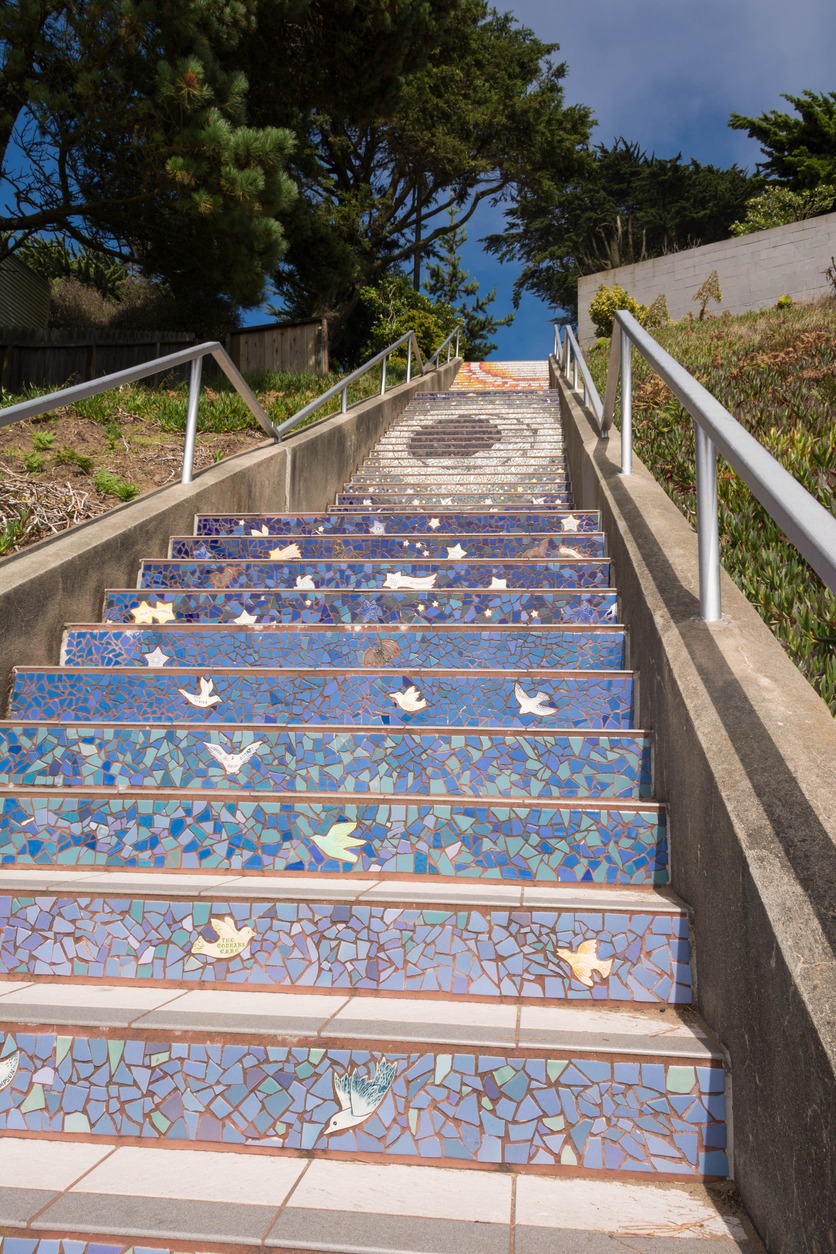 The 16th Avenue Tiled Steps, also known as San Francisco’s “secret mosaic staircase,” are a little-known attraction that many tourists skip when they are in the city. This magnificent staircase, which can be found in the Sunset district and was modeled after the Selarón staircase in Rio de Janeiro, has a continuous mosaic that runs up the rise of each individual step.

Aileen Barr, an Irish ceramicist, and Colette Crutcher, a mosaic artist, along with a group of over 300 volunteers, worked together to cover the 163 steps in this public artwork. With 75,000 pieces of tile, mirror, and stained glass, 2,000 individually designed tiles, and a design that stretches from the sea to the sky. Visitors can take pleasure in climbing the stairs to the top, where they will be rewarded with sweeping city views.

The specially constructed Sci-Tech Park campus is located close to Daresbury village. The Linear Garden, a collection of fascinating new glass art installations, was introduced there in 2016. The area was planned as a serene and motivating spot where campus users and visitors could retreat for leisurely recreational and professional activities. The 10-acre site is divided into five sections that each represent a different color of the electromagnetic spectrum: red, yellow, green, blue, and violet. Together, these colors represent the journey of light. Each section has a stunning glass work of art that reflects the color of that spectrum.

Romag had the pleasure of working on this exciting project in collaboration with Boundless Studios The pathway’s light theme was accomplished in large part thanks to the more than 25 architectural glass sections we supplied. For maximum strength and durability, each piece was water-jet cut and shaped to a high tolerance. The panels are made up of various interlayers, such as colored Vanceva sheets and ones with printed patterns. The outcome is a lovely public area that honors the legacy and inspiration of science and technology.

The artworks covered in this article are all outstanding examples of how glass can be used to produce enthralling, avant-garde works of art. There are examples of installations that are very new and some that are hundreds of years old, demonstrating how timeless glass art is.