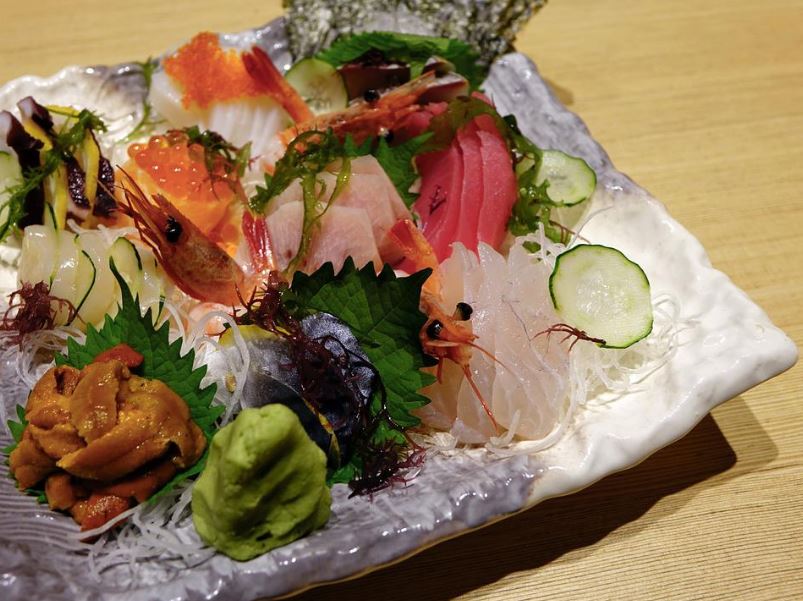 Japan’s culture, architecture, technology, and history make it an exciting country to study. Among other things, Japan has fantastic food that will surely tickle the tastebuds. Japan’s food has evolved through social, political, and economic upheavals. Japanese cuisine may look odd, but it is friendly to the taste buds. Tacoyaki, okonomiyaki, yakiniku, and shabu-shabu are just few of the popular Japanese dishes. Besides these commonly sought-after dishes, Japan also employs unusual ingredients and flavors that make them exciting and unique. When you get the chance to explore this beautiful country, here are some unusual dishes you should not miss.

Shirako, “white children,” is a fish’s fluid-filled sperm sac that resembles the brain’s gyri and fissures. The sac is removed from cod of salmon, pufferfish, and anglerfish. If you are a first-timer seeing it, it would not be the most attractive and delectable food that you might consider. Locals say it looks and tastes nothing like you’d anticipate. Shirako is a unique introduction to Japanese food for visitors. Shirako’s color and appearance depend on the cod’s sperm sacs. Emptier sacs are translucent white or pink and shapeless. Full sacs are white, opaque, and much firmer than empty ones. Once obtained, cod sperm sacs are eaten as is. Shirako fans say it’s light and creamy, like custard. Some compare it too fishy custard. Its creamy texture softens when cooked. When uncooked, it’s squishier and nearly rubbery, like a raw egg yolk.

There are different ways to eat this pile of cod sperm sac. Shirako is often served in nigiri sushi as a raw ball on seaweed-wrapped rice. It’s easy to consume in one bite and, especially when served with sake, to wash down. For those who are still apprehensive of the delicacy, locals recommend tempura. Deep-fried shirako with sweet sauces gives it a fresh flavor. With a crispy surface and creamier middle, the meal is more pleasant. For seasoned shirako enthusiasts, there is no limit to what the fish sperm can be used for. Japanese use the odd delicacy as a stew garnish, pasta topping, and grilled food. Regardless of its unpalatable appearance, the Japanese think shirako aids in anti-aging and is packed with protein and B vitamins. 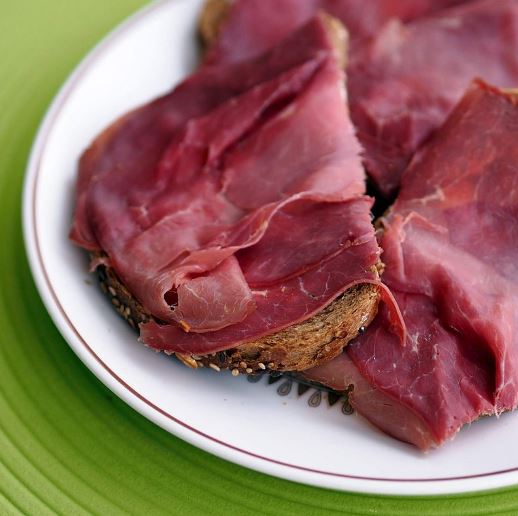 Japanese Basashi is raw horse flesh. It belongs to the famous and extensive series of sashimi dishes and is one of Japan’s unique delicacies. Basashi can be served in three different meat cuts. One variety features trimmed meat without excessive fat. It’s finely sliced and has a slightly harder texture. With its enticing color and exquisite texture, marbled beef with fatty streaks is a popular cut. The rarest cut is the exceptionally soft, fatty neck meat. Although rare in global cuisine, horse meat is a Japanese custom. It is commonly linked with Kumamoto, but Basashi can be found throughout Japan. Horse meat for dinner may be unusual for most people.

Meanwhile, horse meat benefits are vital, especially for health and traditional medical therapy. Horseflesh is often used to boost a man’s vigor. Some people believe that consuming horse meat can increase one’s energy. So, If you’re in Japan and feeling reckless or have had a few drinks, request this Japanese “specialty.”

Katsu ika Odori-don is a Japanese delicacy and viral hit. As the name suggests, the squid works as an acrobatic jester. The action is due to the salt in soy sauce, which causes the tentacles to thrash, making the squid look alive. As the squid is fresh, much of its tissue is still working. Besides being one of the weirdest food on the planet, the dancing squid has drawn online criticism for animal cruelty. However, the chef explained that the squid’s brain is removed while cooking. As a result, the squid is dead and cannot feel pain. Hakodate’s Ikkatei Tabiji serves dancing squid. It’s often served with rice, salmon roe, and shiso leaves. This unique Japanese delicacy is believed to be the freshest sashimi anywhere. If you like bizarre meals and unique experiences, this is for you. 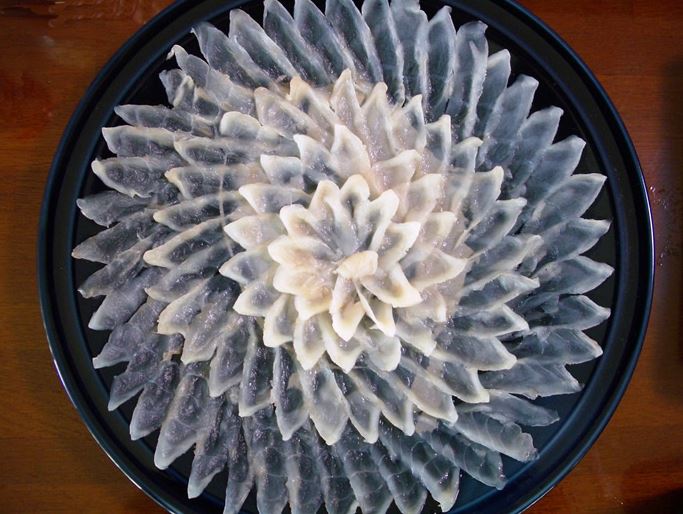 The toxic Japanese delicacy fugu or blowfish is not unique but also risky to eat, for it can be lethal if prepared incorrectly. Fugu is one of the most recognized and notorious dishes in Japanese cuisine. It is eaten for its peculiar taste, high level of collagen, and anti-aging properties, as long as the dangerous organs are avoided, as there is no known antidote for tetrodotoxin. Most people who have tried Fugu say the liver is the tastiest component, but it’s also the most toxic; thus, it was banned in Japanese restaurants in 1984. Moreover, advances in science and aquaculture have allowed some farmers to mass-produce safe Fugu by keeping it away from microorganisms with tetrodotoxin bacteria. Researchers believed Fugu’s tetrodotoxin originates from consuming animals with tetrodotoxin-laded bacteria and that the fish develops immunity over time. There are many eateries in Kyoto that specialize in Fugu. Fugu is most commonly served as sashimi and chirinabe. If you wish to try this one-of-a-kind dish, you should try it only in Japan because only Japan is rigorous about some chefs serving it. Since 1958, chefs must complete an apprenticeship to prepare and sell Fugu because most Fugu poisoning incidents arise due to amateur preparation. Fugu serving costs $20-$50; a full course meal costs $100-200. The cost pushes chefs to precisely slice fish to get the most meat, using a particular knife, called fugu-hiki, which is kept apart from regular blades to keep it from being contaminated. 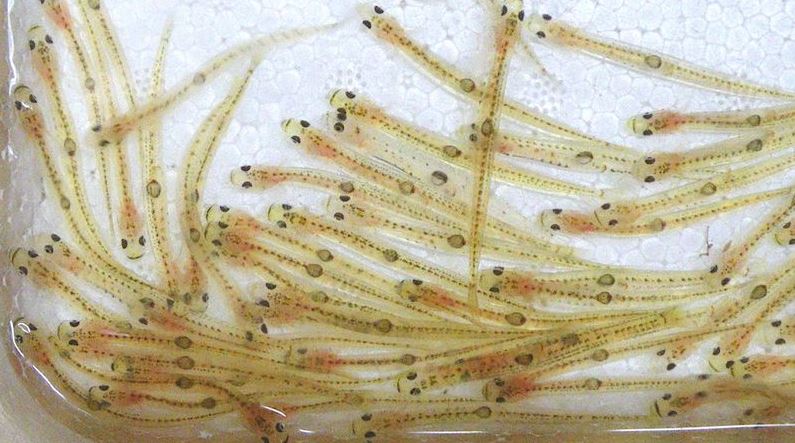 Shirou no Odorigui is a traditional Japanese dish prepared with transparent young fish. Odorigui means “dancing when eaten” in Japanese. The young fish “dance” in your mouth when you eat this meal, making you excited. Japan’s Kyushu and Honshu islands sell living gobies for a premium price. Different regions serve different tiny fish; Fukuoka (Kyushu) chefs utilize ice gobies, whereas those from Iwakuni (western Honshu) use whitebait. Fukuoka’s Koharu restaurant is famous for Shiro-uo; patrons mix the cold-blooded dancers with vinegar and eggs once inside. Chopsticks in hand, consumers, watch the odorigui dance. Customers can chew or swallow the fish whole. Diners combine the egg with vinegar before eating. The vinegar in the Shirou makes the fish scratchy, making them “dance” in the stomach, giving diners a better “feeling.” The fish “floating around” in the stomach will surprise and amuse everybody who tries it. This unique characteristic makes Shirouo no Odorigui a distinctive Japanese cuisine.

Japanese food used to be represented by sushi, sukiyaki, and tempura, but now Japanese gourmet dishes are earning a reputation for themselves worldwide. If we were to make a list of all the extraordinary and unusual meals found in Japan, it would be an exceedingly long list indeed. No matter your culinary preferences, you’ll have a great time trying the food in Japan. Japan is an excellent place to start if you want to extend your boldness and palette into more strange territory. The Japanese are known for their diverse palates, and this collection of strange delicacies illustrates the full breadth of delicious inventiveness.