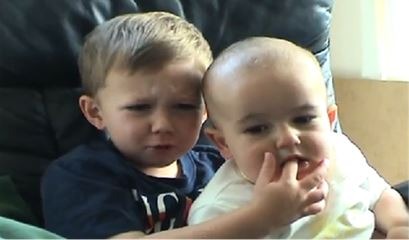 Watching live television productions has many advantages. They are more interactive as well as typically watched by a larger audience. Live events can, for instance, include real-time chat or polling. This offers the chance for viewers to engage with the experience. Seeing an event live also brings people together, which is fun. Knowing that millions of people across the nation are watching the same thing as you, especially at the same time, has a unifying effect. Also, aside from these embarrassing videos, the story behind the viral video “Charlie Bit My Finger” will find you giggling.

Live television has some drawbacks in addition to all its advantages. Since everything is captured in real-time, there is always a chance that something could go disastrously wrong. In contrast to recorded broadcasts, awkward moments cannot simply be edited out. If something embarrassing occurs while being broadcast live, the entire world can witness it. Discover 20 of the Most Embarrassing Live Television Moments in this article.

Millions of people watch ABC’s singing competition, American Idol, each Sunday. The family-friendly program makes it the ideal occasion for both adults and kids to get together. Viewers winced in 2009 as they witnessed host Ryan Seacrest attempting to high-five a contestant who was blind. Although it was a genuine error, Seacrest made it worse by pretending to shake the man’s hand.

The renowned Jamaican performer and actor has had a distinguished career and has played a key role throughout the decades of music; he even participated in the Civil Rights Movement. Because of this, having a full schedule can make one feel a little worn out. After publishing a memoir and waiting for an interview on a New York news station, the singer dozed off while thinking about the events of his life. Maybe he had taken literally the first line of one of his songs, “Work all night and a drink o’rum! ”

There is an epic level of chaos whenever a new Apple product is released. None more so than Jack Cooksey’s accident! The frenetic race to get the newest piece of Apple technology is frequently newsworthy for shock and amusement value alike. The unfortunate Perth, Western Australia, resident had probably lined up outside the store in his city with his iPhone-loving friends to have the honor of owning one of the first iPhones in that region of the world. He was overjoyed with his brand-new, wonderful smartphone when a morning TV reporter arrived to capture the moment. However, he then did something incredibly stupid in front of his entire country. He seemed to lose all sense of balance from excitement over his new acquisition and dropped his phone onto the hard pavement below, where it was destroyed. Even the legendary Steve Jobs was powerless to undo that terrible error.

As if watching someone stomp grapes while barefoot isn’t grating or amusing in a peculiar way (thankfully they have more modern practices for pressing juice from grapes now). The newscaster is stomping grapes and covering a story on a nearby chateau while working for Atlanta Fox 5. She stumbles after getting a little carried away, but the stumble’s blatant overreaction is funnier than the fall itself. She sounds as though she has suffered a fatal wound on the battlefield as her groans and moans come from beneath the puzzled gaze of the camera that once framed her. Fortunately, there is plenty of wine available to lessen her suffering.

Before taking the stage, performers put in a lot of work. Just as crucial as getting their hair and makeup done is changing their wardrobe to avoid any malfunctions. But occasionally, the outfit itself has nothing to do with wardrobe malfunctions—rather, it’s the wearer. Due to her failure to cross her legs during the 2014 Miss America competition, Miss Nebraska allowed thousands of spectators to see her underwear.

Kanye West will almost certainly appear on any compilation or list listing silly or embarrassing incidents at least once in today’s world. This incident is typically regarded as the pinnacle of his absurd outbursts. Taylor Swift, a rising star in the music industry, won her first MTV Video Music Award at a glamorous ceremony attended by pop culture’s most influential and glamorous glitterati. She was in the middle of accepting when Kanye West approached her. The rapper then took the microphone away from Taylor Swift and criticized both of them for selecting the recipient of the Best Video award. To his disgust, he thought Taylor Swift was unfairly given the award and that Beyonce should have been the recipient. Beyonce awkwardly observed as everyone on stage gawked in stunned silence.

Live TV on-location shooting is inevitably going to involve photo bombs. The Premier League’s transfer window deadline day in the UK is one day that is a snare for news reporters. It’s a busy day for sports reporting and the last day that soccer teams can trade players between clubs. Things are bound to get hilariously awkward as soon as a swarm of presenters appears outside of stadiums packed with rowdy fans. An irate Everton fan shoved an adult toy into the face of a reporter covering transfers at the Liverpool-based soccer team while the reporter was live on air. Reporters who became irate with rowdy fans and were caught swearing on live television repeatedly complained to the broadcaster, Sky News. On the other hand, you might want to check the best breakup video of a cheating girl and maybe it is worth the watch.

Lady Gaga is renowned for her outrageous fashion sense, outsized persona, and incredible vocal prowess. She is more aware than most that a live performance can occasionally go wrong. Her on-stage mishap, unfortunately, happened at the 2017 Grammy Awards. After a string of microphone issues, Gaga’s duet with the well-known heavy rock band Metallica disastrously failed. She ultimately had to share her microphone with James Hetfield, the lead singer of Metallica.

In front of an eager audience, NBC anchor Sue Simmons and her co-anchor read the headlines. However, they were not prepared for the unexpected F-bomb dropped live on air by Ms. Simmons. As she yelled at something or someone, images appeared on the screen. She was later forced to apologize regretfully for the loud mistake, which was undoubtedly heard by millions of people. Way to mess up teleprompter reading.

10. Reporter Swallows Her Own Snot Live On Air

Miley Cyrus’ obscene on-stage performances were supposed to be the only source of controversy. The reporter was prepared to fan the flames of outrage with her clucking tongue of disapproval at the young popstar’s salacious gyrating, to be broadcast over the Oakland region in collective conservative outrage, but a nasal issue stole the show. Even a stray river of snot that burst out of her nose and ran down her face and into her mouth couldn’t stop WVTU Oakland reporter Heather Holmes from reporting on a bizarre turn of events that even Miley Cyrus wouldn’t accept. They sought controversy but got nothing but pure ugliness in return.

Even during the Academy Awards, mispronouncing a name could be worse than declaring the incorrect winner. This embarrassing pronunciation error will go down in history for one presenter. Cheryl Boone Isaacs accidentally referred to the Oscar nominee as “Dick Poop” rather than Dick Pope during the 2015 Academy Awards ceremony.

Disgraced former UK Member of Parliament and previous close friend of Saddam Hussein, George Galloway, descended even lower by giving a bizarre and horrifying impression of a cat while participating in the UK version of Celebrity Big Brother in 2006! The convincing acting, done with co-housemate actress Rula Lenska, was creepy in and of itself, but it was made even creepier by the former politician appearing to find the whole thing hilarious, as though he were engaging in some strange fetish.

As if being weather-beaten wasn’t bad enough, a weather channel predicting Hurricane Irene encounters another storm in the form of a tempestuous group of streakers thundering past the camera! Not only are these crazy guys running around in a hurricane naked, but the full frontal eye of their streaking storm is captured on camera.

Women from the United States who are between the ages of 14 and 19 are eligible to compete in the Miss Teen USA pageant. The pageant is a live broadcast that can be viewed online or from a mobile device, and thousands of contestants enter each year in the hopes of being crowned Miss Teen USA. When pressed to explain why a fifth of Americans couldn’t find the United States on a map, one of the 2007 finalists seriously buckled under the pressure. Miss South Carolina’s response sounded like a meaningless string of nonsense. In the wake of that embarrassing incident, the teenager, unfortunately, developed depression after receiving a lot of online criticism.

Author, songwriter, and singer Kathie Lee Gifford is also a singer. She co-hosted NBC’s Today Show for 11 years with Hoda Kotb, which has made her well-known. Gifford made a very embarrassing error when they were interviewing actor Martin Short. She questioned Short about how he maintained the spark in his marriage without realizing that his wife had been dead for nearly two years. Martin Short didn’t correct this error; he just went along with it.

American actress Jennifer Lawrence is best known for her parts in The Hunger Games, Red Sparrow, and X-Men. Her off-screen persona is just as radiant as (if not more radiant than) her roles on the silver screen. Lawrence is renowned for her affable nature and modest demeanor. If they were seen stumbling on camera, other celebrities might have felt humiliated beyond belief. Lawrence, however, gracefully laughed off a minor slip-up while traveling to accept her Academy Award in 2013.

Popular American actor, singer, and dancer John Travolta is in high demand. He first won fans’ hearts in 1977 thanks to his performance in Saturday Night Fever. He has established himself as a reputable Hollywood actor over the years. He received a request to announce the annual Oscars ceremony in 2014. However, when Travolta mispronounced the name of Broadway legend Idina Menzel, he gravely mishandled his responsibilities.

An American model and media personality named Kendall Jenner was given the privilege of announcing the 2014 Billboard Music Award winner. Audience members could tell that Jenner was anxious as soon as she entered the stage. Fortunately, she caught herself after saying “One Direction” and continued, “Guys, I’m the worst reader,” instead of announcing 5 Seconds of Summer as the winner.

For hundreds of thousands of girls around the world, winning the title of Miss Universe is their ultimate goal. The Miss Universe Organization, with its headquarters in the United States, hosts the international beauty pageant each year. Over 190 nations and half a billion people around the world have viewed it. When Miss Colombia was mistakenly crowned Miss Universe in 2015 by Steve Harvey, one can easily imagine the shame and heartache she felt. So, Steve Harvey announces the wrong Miss Universe 2015. The proper winner was Miss Philippines.

20. And The Winner Goes To La La Land

The Academy Awards ceremony, also known as the Oscars, is a yearly celebration of accomplishments in the film business. The Academy of Motion Picture Arts and Sciences, based in Beverly Hills, California, is in charge of presenting it. La La Land was incorrectly announced as the Best Picture winner at the 2017 Academy Awards. Up until two minutes into La La Land’s acceptance speech, nobody noticed the error. The awkward situation was shown to millions of viewers live on television.