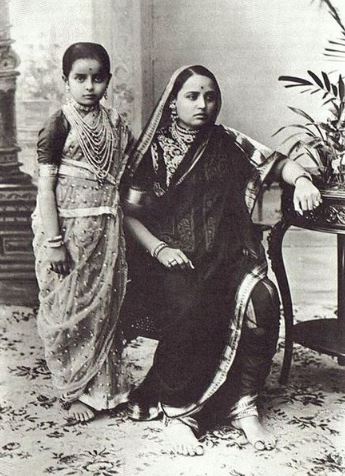 A sari, also known as a saree, is a type of women’s clothing from the Indian subcontinent that is made up of a stretch of unstitched woven fabric that is draped over the body like a robe, with one end tied to the waist and the other resting over one shoulder as a stole or shawl and baring some of the midriff. It is a type of ethnic clothing found in India, Pakistan, Bangladesh, Sri Lanka, and Nepal. Its length and width can vary from 4.5 to 9 yards and 600 to 1,200 millimeters, respectively.

The Nivi style is the most popular name and style for sari manufacturing and draping. The sari is worn with a choli, also known as a fitted bodice, and a ghagra, parkar, or ul-pavadai, or petticoat. Additionally, it is still in style today in the Indian Subcontinent. Although the sari is currently in style, it first served as a modest drape for women thousands of years ago. The Indus Valley Civilization, which flourished in northwest India between 2800 and 1800 BC, is where the drape or a garment resembling the sari first appeared.

The Beginning of Indian Sari

Cotton, the main component of the sari, was first grown on the Indian subcontinent around the fifth millennium BC. Cotton cultivation was followed by a boom in cotton weaving, which was popular at the time because weavers began using common dyes like indigo, lac, red madder, and turmeric to create the modesty-covering garments worn by women.

About The Name of Indian Sari

The word “sattika,” which is often used to describe women’s clothing and is found in early Jain and Buddhist writings, gave rise to the garment. The Antriya, the lower garment, the Uttariya, a veil worn over the shoulder or head, and the Stanapatta, a chest band, made up the Sattika, a three-piece outfit. This group can be traced back to Buddhist Pali literature and Sanskrit literature from the sixth century BC. Poshak, the Hindi name for the costume, was the name of the three-piece ensemble. Antriya resembled a dhoti or a sari tied in the fishtail style. It later transformed into the Bhairnivasani skirt, also referred to as the ghagra or lehenga. Stanapatta developed into the choli, while Uttariya developed into the dupatta.
Traditional regional handloom saris for women included many different styles made of silk, cotton, ikkat, block-printed, embroidered, and tie-dyed textiles. Banarasi, Kanchipuram, Gadwal, Paithani, Mysore, Uppada, Bagalpuri, Balchuri, Maheshwari, Chanderi, Mekhela, Ghicha, Narayan pet, and other regions are most famous for their brocade silk sarees.

Years later, with the arrival of foreigners, wealthy Indian women began asking the artisans to use pricey stones and gold threads to create exclusive saris for the strata that could clearly make them stand out from the crowd. However, as a piece of clothing, the sari remained neutral and was adapted in various ways by each stratum. That was the garment’s beauty, and it still is. Synthetic dyes were introduced into India along with industrialization and the British. Local merchants began bringing in chemical dyes from other nations, and along with them came previously unheard-of dyeing and printing techniques, giving Indian saris a new, unimaginable variety.

The designs of saris began to incorporate figures, motifs, and flowers as India’s textile industry began to develop. The sari emerged as the first international garment from India as foreign influence grew. The first seamless garment made in India later came to represent Indian femininity. Aside from Sari, there are also the strangest foods in India that you must try to complete your India experience. 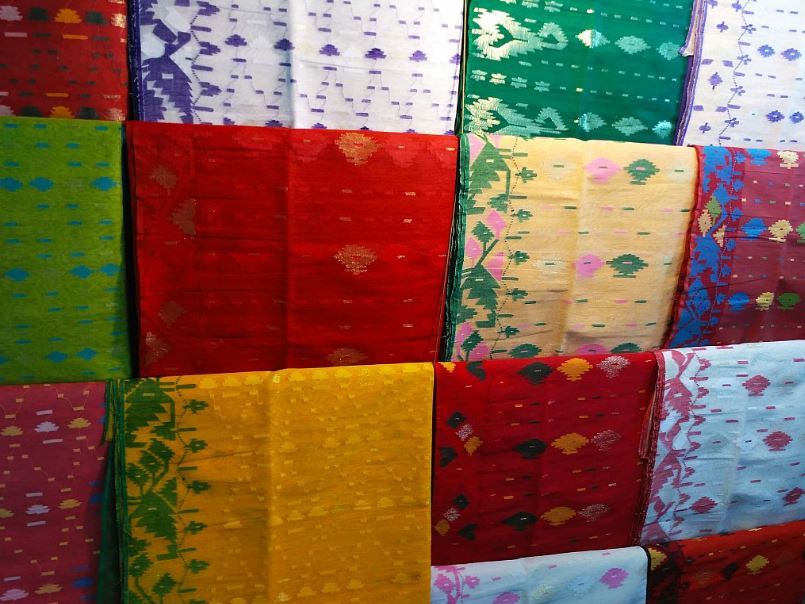 Women’s clothing in Southeast Asian nations like Myanmar, Malaysia, the Philippines, Cambodia, Thailand, and Laos is similar to the sari in that a long rectangular piece of fabric is draped around the body. The sari is typical of traditional clothing for women in the Indian subcontinent.

As seen in the Burmese longyi, Filipino malong and tapis, Laotian xout Lao Laotian, Thai suea pat and sinh, Cambodian sbai and sampot, and Timorese tais, these are distinct from the sari in that they are wrapped around the lower half of the body as a skirt and worn with a shirt or blouse. The typical way to wear a sari, which is popular on the Indian subcontinent, is to drape it over the shoulder and fasten one end around the waist to expose the midriff. 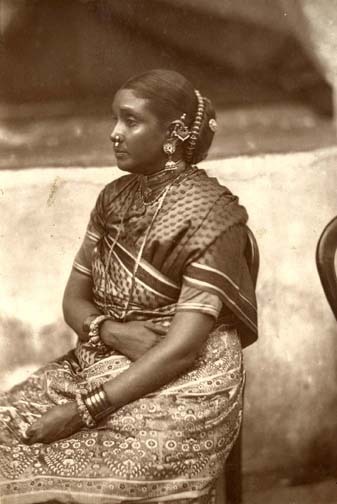 Saris are woven with one plain end, two long decorative borders running the length of the sari, and a one to a three-foot section at the other end which continues and elaborates the length-wise decoration. This end is called the pallu; it is the part thrown over the shoulder in the nivi style of draping.

As seen in the Burmese longyi, Filipino malong and tapis, Laotian xout Lao Laotian, Thai suea pat and sinh, Cambodian sbai and sampot, and Timorese tais, these are distinct from the sari in that they are wrapped around the lower half of the body as a skirt and worn with a shirt or blouse. The typical way to wear a sari, which is popular on the Indian subcontinent, is to drape it over the shoulder and fasten one end around the waist to expose the midriff.

Indian Saris Outside The Indian Subcontinent

In the 1970s, the traditional sari gained popularity in the US. The owner of the New York store Royal Sari House, Eugene Novack, claimed that he had been selling them primarily to Indian women in the area of New York. However, as time went on, many American housewives and businesswomen became his clients, preferring their saris to resemble the full gowns worn in the western world. He added that the fragility and femininity it bestows on the wearer seemed to fascinate men. People who are unfamiliar with the sari report that it is easy to wear doesn’t require girdles or stockings and feels incredibly feminine and graceful. On the other hand, there are still a lot of strangest and unusual fashion styles around the world.

Due to the spread of Indian fashion trends internationally, the sari has become more well-known. It has been worn by many Bollywood stars, including Aishwarya Rai, to represent India’s cultural heritage at international gatherings. In 2010, Bollywood actress Deepika Padukone wished to wear the national attire while representing her nation abroad. She wore a Rohit Bal sari to the red carpet for her very first red carpet appearance at the Cannes International Film Festival.