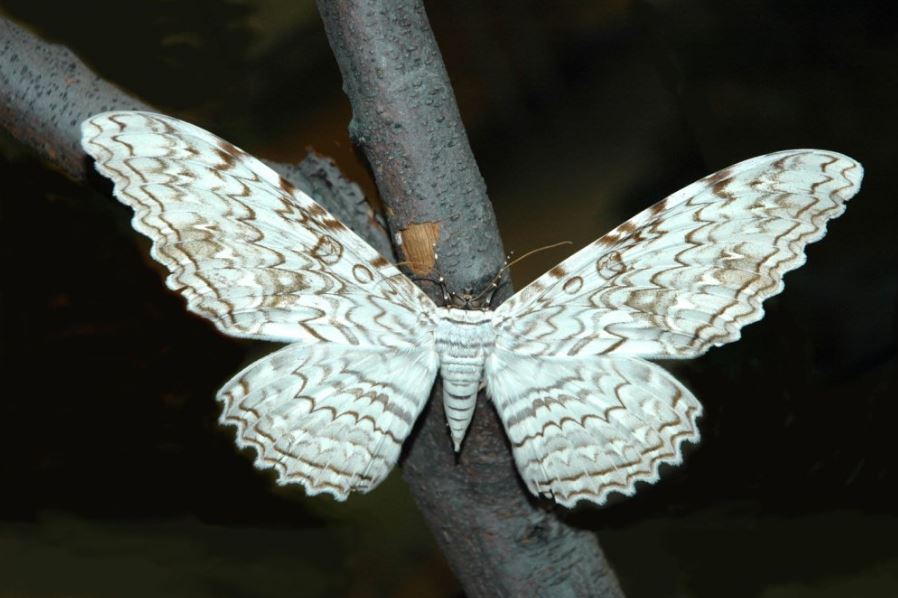 A Dutch trader by the name of Peter Cramer first described the white witch moth of the Erebidae family in 1776. Its range is extensive, extending from Uruguay in South America up to Mexico and into Texas in North America. The Hercules moth and Atlas moth have surpassed the white witch moth in size, but it still competes fiercely with other moths in terms of size.

More About The White Witch Moth

This large insect goes by many names, including White Witch Moth. This moth is included as one of the biggest moths in the world. The Great Owlet Moth, Birdwing Moth, Ghost Moth, and Great Grey Witch Moth are additional names for the White Witch Moth. Thysania Agrippina is the scientific name for this amazing animal. The genus Thysania, the family Noctuidae, and the species Thysania Agrippina are all members of the order Lepidoptera. Thysania Agrippina is only found in Mexico, Central America, and the northern part of South America, but little else is known about them. Maria Sibylla Merian was extremely fortunate to have witnessed the life cycle of this large moth because it is a very elusive species.

One legend about the origin of the common name claims that early naturalists used shotguns to gather bird and bat specimens. It was tempting to shoot at a large flyer that was darting around in the canopy. The body of a white witch moth is small in comparison to the wing area, so firing a cloud of pellets at it might not necessarily knock it down. The moth would travel, a witch that could not be killed. As the subject of a well-known painting by the artist Maria Sibylla Merian, this moth is of historical interest. The 18th-century understanding of insect life cycles was advanced by Merian, a wise naturalist; however, her representation of the white witch life cycle does not correspond to the biology of this species because it shows the larva of an unrelated moth.

Astonishingly, the immature life stages of this species have never been documented given the adult’s vast geographic range and observations going back 300 years. Given that the closely related Thysania Zenobia (the owl moth) and Ascalapha odorata (the black witch) are known for flights that reach far north of the host plant distributions, a lengthy migratory flight is likely. The larval host plants for the white witch are most likely also woody members of the Fabaceae (subfamily Caesalpinioideae), possibly Senna and/or Cassia, based on the records of the owl moth and black witch’s larval host plants. 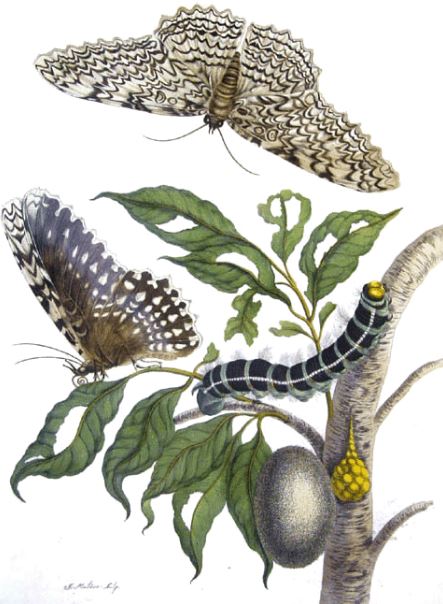 The India-rubber tree serves as a food source for the White Witch Moth larva. This appears to take place in April. The larva is currently a dark green color. A substantial black transverse band and a white sub-dorsal stripe separate each segment. The yellow head of the Thysania Agrippina larva results in a fairly vibrant caterpillar. On the other hand, there are seven largest caterpillars in the world.

The White Witch Moth caterpillar also has a short horn on the penultimate segment, as well as a row of hair tufts along its back. The larvae eat the most during this stage. They typically eat the leaves of the India-rubber tree around them. Because there isn’t much information available about the White Witch Moth, it is assumed that they consume other woody legumes like other closely related moths. To support the growth that takes place, the caterpillar continuously sheds its outer layer as it gets older. Before becoming a pupa, the larva changes color to a vivid red hue.

The moment the lava turns red, it starts to weave a cocoon about the size of an egg. It begins the pupal stage of its life by wrapping itself in a silken cocoon and undergoing the necessary physical transformations. Little is known about the pupal stage because it is tucked away inside this egg-sized home.

The majority of experts seem to concur that the adult White Witch Moth’s maximum wing length is twelve inches. In addition to its large wingspan, the Thysania Agrippina has many other distinctive features. Their wings can also be a light brown color in addition to their typical creamy white hue. The moth’s long wings have a fairly consistent pattern, with black and brown lines running across them. The White Witch Moth’s coloring and patterns enable it to blend in with the trees in its tropical environment, protecting itself from predators, primarily bats.

The White Witch Moth’s wings have violet-black undersides with white spots and markings. Thysania Agrippina’s abdomen is white with a black border, in contrast. On the back of the abdomen, some pockets contain a pair of brushes that release a scent when the female is ready to mate. The female moth keeps her pockets tightly shut until she’s ready, at which point she opens them to reveal her brushes. When they find her, males downwind of her follow her scent and briefly expose their brushes before mating with the female moth.