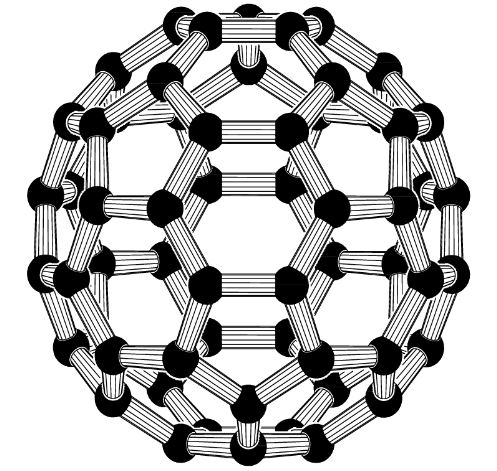 Carbon nanotubes (CNTs) are a type of innovation made up of small carbon filaments produced on the surface of chlorine-etched aluminum foil. This foil absorbs 99.995 percent of all incoming light, making it the darkest material ever created. According to reports, this material is ten times darker than any black material previously developed.

Diemut Strebe, a resident artist at MIT, collaborated on this piece of artwork with Brian Wardle, a professor of aeronautics and astronautics at the same institution, to feature their respective teams for successful joint efforts.

On September 12, 2019, this group of researchers published their technological achievement in the journal ACS-Applied Materials and Interfaces.

The cloak-like covering covered around a 16.78-carat natural yellow diamond from LJ West Diamonds that eventually emerged flat and black vacuum at the New York Stock Exchange in the same year was dubbed “The Redemption of Vanity.”

This ultra-black substance, according to Wardler, could have practical applications in astronomy, such as in telescopes that eliminate glare when peering through exoplanets in space.

Since 2016, the artistic landscape has been stumbling over these supposedly problematic “black” initiatives, and this latest development has been nicknamed “Blacker than Vantablack.” 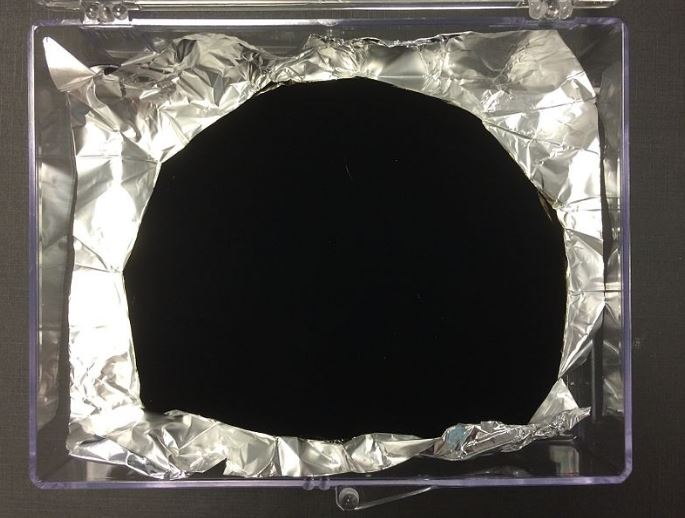 In the year 2014, a British company called Surrey NanoSystems created the Vantablack, which is made up of millions of carbon nanotubes. According to records, Vantablack absorbs 99.965 percent of visible light. There was no spectrometer to quantify the amount of light that passed through, so the company developed a newer version that could be sprayed straight into other things. It was so dark that laser light couldn’t penetrate it. Vertically Aligned NanoTube Arrays is the abbreviation for this technology.

The German brand BMW VBX6 was dubbed “The Darkest Car in the World” after being spray-coated with Vantablack VBx2 and setting the record for the first and only car without any color. It has a 99 percent efficacy rate and is capable of trapping all rays as well as light reflection. The Levitation 29 creative firm came up with the idea of using the “darkest black pigment in the world” for its X6 coupe.

A rayon-based fabric has been electrostatically flocked with a rayon file to create an infrared absorption flock sheet. It can be used as a covering cloth or curtain in a non-reflective darkroom, in near-infrared photography, as a sensor, or for motion capture. This material was developed by KOYO Orient Japan Co., Ltd and is similar to mosuo black paint (see details below). James Orgill demonstrated how to stitch the IR flock sheet into “The Blackest Clothing in the World” in a video for The Action Lab on YouTube. It’s an incredible substance since it absorbs 99.75 percent of visible light and 99.5 percent of infrared radiation.

Following the historic events on Vantablack, a succession of advancements in the field of paint occurred. Ironically, the events that followed were precipitated by a disagreement between Anish Kapoor and Stuart Semple.

After the debut of the Vantablack in 2014, Anish Kapoor, a British-born Indian sculpture and installation artist, saw the possibilities of using it in his work. He made a contract with Surray Nanosystem in 2016 to obtain exclusive rights to Vantablack’s use as an art material after a series of studies. This created a great rift in the art world, and Stuart Semple, another British artist, responded against the former’s Vantablack monopoly by making his “Black 2.0” version available to everyone. Except for Anish Kapoor and his allies, this paint was made available to the needy public.

In March 2017, Semple developed a prototype black paint. He collaborated with several artists, color chemists, specialists from the cosmetics agency, and architectural coatings experts to improve this pigment and darken its color. Stuarts ‘Super-Base’ enables this paint to hold more pigment than any other whilst drying to an anti-reflective, super flat finish. In fact, his official website describes this as the most pigmented, flattest, matte black acrylic paint prior to his further pursuits. This version records a visible light absorption rate of 95%. Black 2.0 received an enormously positive response from the artistic and aesthetic arena even though it is quite far behind the efficacy of Vantablack. However, with the exception of Anish Kapoor and his allies, anyone can have this.

Stuart Semple continued his business endeavours in late January 2019, releasing a newer kind of extremely matte, ultra-black acrylic paint dubbed “the blackest black in the world.” The paint was beta-tested by over a thousand artists. They created a new acrylic resin pigment dubbed “Black Magick” that is completely matte, allowing the paint to absorb 99 percent of light. These are also less sensitive applications where a regular brush can be utilized to cover a material. Another significant project related with “Black 3.0” is the incredible support of the artistic community, which has raised $633,727, which is a record 20 times more than the estimated cloud funding through Kickstarter. This was made available to all except Anish Kapoor and his supporters.

KOYO Orient Japan Co., Ltd released “Mosuo Black” to the public on November 2, 2020. This is the blackest water-based acrylic paint to date, with a 99.4 percent absorption rate. The ultra matte texture creates a non-reflective surface that has received widespread praise from artists around the world. “Don’t become a ninja by applying this paint,” reads an intriguing description on the bottle.

The Action Lab, a YouTube channel, shows how items painted with “Masou Black” vanish into nothingness. Half of an apple was painted with Mosuo black in the video demonstration, and after the first coat, it showed a shining area, but as it dried, it was stunning how it looked void. It was also painted on a box, and the way the light appeared like the moon on a pitch-black night was incredible.

In addition, on another Youtube channel, Squidmar Miniature, he demonstrated air-brushing “Mosuo black” versus various black paints such as Abaddon black, Vallejo black, Vallejo air black, and Vallejo matte black, as well as how the Gridwars miniature appeared to be a shadow. Among the miniatures painted, it was the darkest. However, because of its chemical properties, this paint does not adhere well to surfaces; however, this can be remedied by airbrushing a matte varnish on top of it.