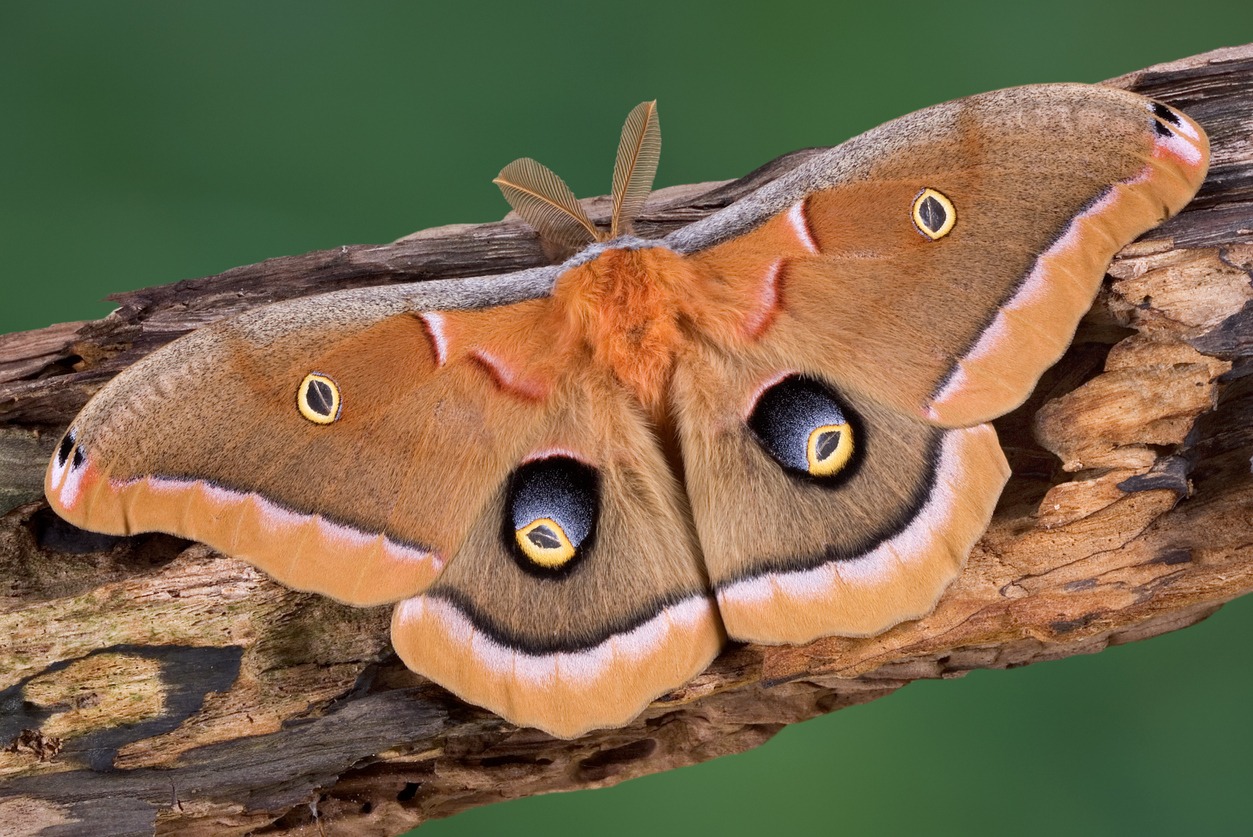 The two species in the Agapema family, which have wingspan measurements of nearly 6 inches, are very similar. The Agapema oculea has spots on its eyes that are orange, blue, and black. The body may have a yellow or red tint, and there is a marginal black line. The Agapema Polyphemus has pink, brown, or rust markings on its underside and is reddish or yellowish-brown in color. These kinds of moths are included among the world’s biggest moths.  The Southwestern United States’ oak woodlands and mixed forests are home to the Agapema oculea, which mates only once between June and August. In the Northern United States, from May to July, the Agapema Polyphemus mates once. In the Middle States, from April to May and again in July and August, it mates twice. And in the Southern United States, it mates several times.

The giant silk moth family, Saturniidae, includes the North American Agapema Polyphemus moth. It is a moth with tan coloring and an average wingspan of 15 cm (6 in). The moth’s two large, purplish eyespots on the hind wings are its most distinctive feature. Its name, derived from the Greek myth of the cyclops Polyphemus, is due to its eye spots. Pieter Cramer published the first description of the species in 1776. Local populations of the species can be found all over continental North America, including the subarctic regions of both Canada and the United States. When it emerges, the caterpillar can consume 86,000 times its weight in food in a little under two months.

The upper side of the wings of Agapema Oculea is tan, occasionally with a yellowish or reddish tint. The submarginal line is black, and the forewing margin is the same shade as the basal region. Orange, blue, and black rings are positioned around the eyespots. Contrasting rust, brown, and white markings can be seen on the underside. 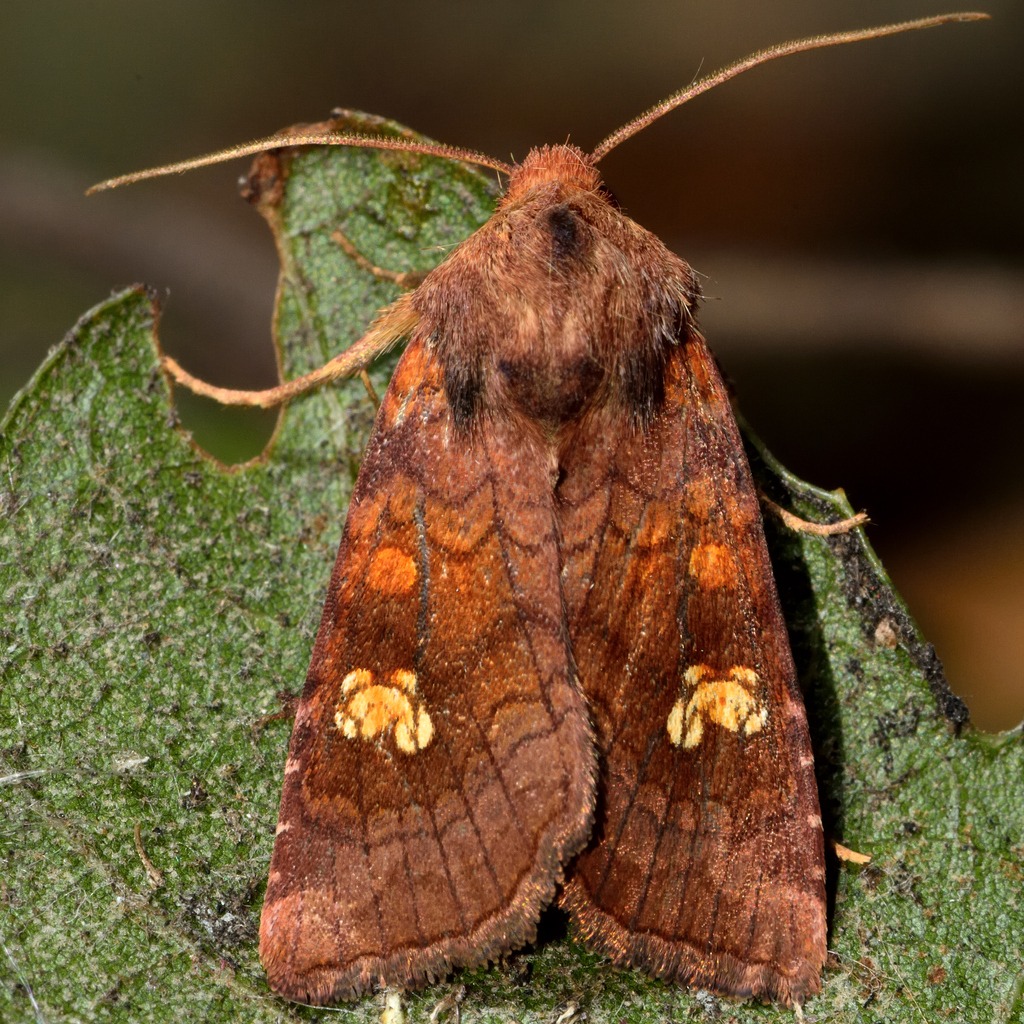 In the afternoon, adults emerge from their cocoons, and mating occurs in the early morning or late at night. The following evenings, the females lay their eggs, depositing clusters of three to eight eggs on the host plants. Caterpillars consume the host plant’s leaves and spin massive cocoons inside of them. On the other hand, it is fun to learn about the world’s seven largest caterpillars.

In addition to parks and suburban areas, orchards, wetlands, and forests, Polyphemus moths can be found in large numbers everywhere. At night, lights frequently attract adults. Parasitic flies and wasps that were intentionally introduced into North America to feed on the invasive spongy moth harm populations of this and other giant silk moths. Several generalist predators have been introduced at the expense of native species, whereas many species introduced for biological control only prey on one or a few related species.

Parasitic insects, such as the parasitoid wasp, lay their eggs on young caterpillars. These eventually develop into larvae that consume the interior of the caterpillars. The Polyphemus pupa is killed when the caterpillars pupate because the larvae do the same. The Compsilura Cincinnati tachinid fly, which was introduced to the continent to eradicate the gypsy moth, is one known threat to the native Polyphemus moth of North America. It is also known that squirrels prey on the pupae of Polyphemus moths, greatly reducing the moths’ population. Moth populations may suffer from tree trimming and from having outdoor lights on at night.

In Missouri, larvae consume more than 20 different species of trees and shrubs. Oak, hazelnut, birch, and silver maple are a few of the favorites. Adults have no food at all and have a maximum lifespan of a few weeks. resident with multiple broods.

Adults fly from the middle of April until August. a Missouri species with multiple broods. Adults are nocturnal and start looking for partners around 11 p.m. and 1 a.m. Oval in shape, cocoons have a hard outer layer of silk and are typically wrapped in a leaf from the food plant. When the food plant sheds its leaves in the fall, they typically fall to the ground. They occasionally cling to stems and stay there all winter.

Because of the large eyespot on each hindwing, the Polyphemus was given the name “cyclops,” the enormous one-eyed monster from Homer’s Odyssey. The striking beauty of the specimens collected is a major factor in the popularity of insect collecting, especially butterfly and moth collecting. It is a worldwide business, with killed and mounted specimens being sold and shipped everywhere.

The caterpillars graze on plants as they are herbivorous animals. The adults help pollinate flowers. Predators can find food in all stages. Many moth caterpillars can become parasitized by wasps, which lay their eggs right on the caterpillars and eventually kill them.

It is very simple to tell this species’ sexes apart. The plumose antennae are the most noticeable distinction. Females’ antennae are a little less bushy than those of males, who have very bushy ones. The pheromones given off by unmated females are picked up by the male’s antennae. The females are slightly larger in the abdomen because they are carrying eggs, which is another difference. Surprisingly, this species exhibits a wide range of variation. Color patterns can be any shade of brown, from reddish cinnamon to dark brown.

By transferring the pheromone-producing scent sacs from female “T. Polyphemus” to the Antheraea females and allowing T. Polyphemus to breed with the Antheraea females in the late 1950s, amateur lepidopterist Gary Botting crossed the Polyphemus moth with Antheraea yamamai from Japan and later Antheraea mylitta from India. for them to mate with Polyphemus males. His triumphant U.S. The resulting hybrids were displayed in the National Science Fair exhibit, “Intergeneric hybridization among giant silk moths.”

The Polyphemus moth employs defense mechanisms to keep predators away from it. A distraction display that serves to baffle or merely divert predators is one of its most distinctive mechanisms. This involves the moth’s distinctive name-giving large eyespots on its hindwings. Eyespots are a type of distraction pattern known as startling patterns that are used for camouflage through deceptive and blending coloration.

The majority of startle patterns are vividly colored regions on the exterior of animals that are already camouflaged. Distraction patterns are thought to be a type of mimicry used by moths to deceive predators with their wing markings. The Polyphemus moth’s hindwing pattern resembles the great horned owl’s head pattern (Bubo virginianus). This defense mechanism frequently leads to the moth’s wings being damaged, but this does not affect the insect’s ability to fly.