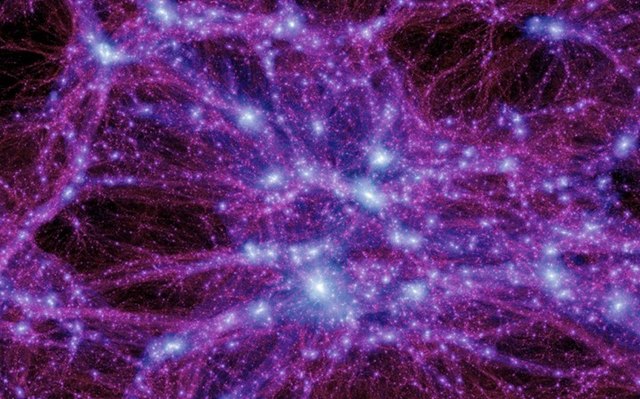 In Astronomy, dark matter is a nonluminous material that is postulated to exist in space and that could take any of several forms including weakly interacting particles ( cold dark matter ) or high-energy randomly moving particles created  soon after the Big Bang ( hot dark matter ).

Dark matter is said to be the mysterious material that fills the universe but no one has ever seen. Since dark matter is invisible and emits no light or energy, it cannot be detected by conventional sensors and detectors.   Scientists think that the key to its elusive nature must lie in its composition.

What percentage of the matter-energy composition of the universe is made of dark matter?

Dark matter makes up 30.1 percent of the matter-energy composition of the universe. The rest is dark energy (69.4 percent) and “ordinary” visible matter (0.5 percent).

For example, the Chandra X-ray Observatory has observed in the Bullet cluster, which consists of two merging galaxy clusters, that the hot gas (ordinary visible matter) is slowed by the drag effect of one cluster passing through the other. The mass of the clusters, however, is not affected, indicating that most of the mass consists of dark matter.

Who first inferred the existence of dark matter? 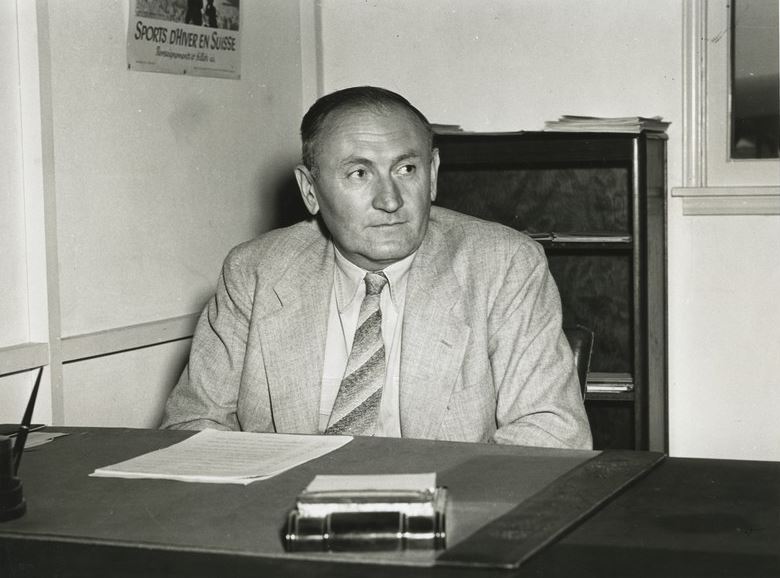 Known as the “missing mass,” dark matter’s existence was first inferred by Swiss American astronomer Fritz Zwicky, who in 1933 discovered that the mass of all the stars in the Coma cluster of galaxies provided only about 1 percent of the mass needed to keep the galaxies from escaping the cluster’s gravitational pull.

The reality of this missing mass remained in question for decades, until the 1970s when American astronomers Vera Rubin and W. Kent Ford confirmed its existence by the observation of a similar phenomenon: the mass of the stars visible within a typical galaxy is only about 10 percent of that required to keep those stars orbiting the galaxy’s centre. In general, the speed with which stars orbit the centre of their galaxy is independent of their separation from the centre; indeed, orbital velocity is either constant or increases slightly with distance rather than dropping off as expected. To account for this, the mass of the galaxy within the orbit of the stars must increase linearly with the distance of the stars from the galaxy’s centre. However, no light is seen from this inner mass—hence the name “dark matter.”

What are the types of dark matter?

Two varieties of dark matter have been found to exist. The first variety is about 4.5 percent of the universe and is made of the familiar baryons (i.e., protons, neutrons, and atomic nuclei), which also make up the luminous stars and galaxies.

Most of this baryonic dark matter is expected to exist in the form of gas in and between the galaxies. This baryonic, or ordinary, component of dark matter has been determined by measuring the abundance of elements heavier than hydrogen that were created in the first few minutes after the big bang occurred 13.8 billion years ago.

The absence of light from these particles also indicates that they are electromagnetically neutral. These properties give rise to the particles’ common name, weakly interacting massive particles (WIMPs).

The precise nature of these particles is not currently known, and they are not predicted by the standard model of particle physics. However, a number of possible extensions to the standard model such as supersymmetric theories predict hypothetical elementary particles such as axions or neutralinos that may be the undetected WIMPs.

Extraordinary efforts are under way to detect and measure the properties of these unseen WIMPs, either by witnessing their impact in a laboratory detector or by observing their annihilations after they collide with each other. There is also some expectation that their presence and mass may be inferred from experiments at new particle accelerators such as the Large Hadron Collider.

As an alternative to dark matter, modifications to gravity have been proposed to explain the apparent presence of “missing matter.” These modifications suggest that the attractive force exerted by ordinary matter may be enhanced in conditions that occur only on galactic scales. However, most of the proposals are unsatisfactory on theoretical grounds as they provide little or no explanation for the modification of gravity. These theories are also unable to explain the observations of dark matter physically separated from ordinary matter in the Bullet cluster. This separation demonstrates that dark matter is a physical reality and is distinguishable from ordinary matter.

If there is invisible matter then there is visible matter, also called baryonic matter, consist of baryons — an overarching name for subatomic particles such as protons, neutrons and electrons. It is believed that scientists can only speculate what dark matter is made of. It may be composed of baryons but it could also be non-baryonic, that means consisting of different types of particles.

Most scientists think that dark matter is composed of non-baryonic matter. The lead candidate, WIMPS (weakly interacting massive particles), are believed to have ten to a hundred times the mass of a proton, but their weak interactions with “normal” matter make them difficult to detect. Neutralinos, massive hypothetical particles heavier and slower than neutrinos, are the foremost candidate, though they have yet to be spotted. Sterile neutrinos are another candidate. Neutrinos are particles that don’t make up regular matter.

The smaller neutral axion and the uncharged photinos — both theoretical particles — are also potential placeholders for dark matter.