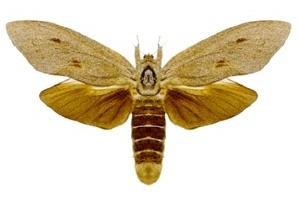 The Endoxyla genus of wood moths, which belongs to the Cossidae family, is well known in Australia. Their caterpillars are the real witchetty grubs of the traditional Aboriginal diet, which contributes to their fame, but the moths themselves are some of the biggest in the world, which also contributes to it. The Giant Wood Moth or the Endoxyla cinera is the largest of all.

The Giant Wood moth is frequently along the Queensland coast but is particularly prevalent in suburban Brisbane where its grubs bore into the trunks of smooth-barked eucalypts in parks and gardens. It is also one of the biggest moths in the world. The female moth can weigh up to 30 g and has a wingspan of approximately 25 cm or the weight of two finches. Our local moth is undoubtedly the heaviest in the world when measured in terms of weight. Only one-half as big as women are males.

More About The Giant Wood Moth

The moths have a dark spot on their thorax and are gray in color. Their slender wings are folded along the sides of their body when they are sleeping. As they cling to the gray trunk of a gum tree during the day, this perfectly camouflages them. Only briefly present in the middle of the summer, moths are occasionally seen at street lights on rainy nights. When one of these massive creatures enters the house, there is usually great excitement. 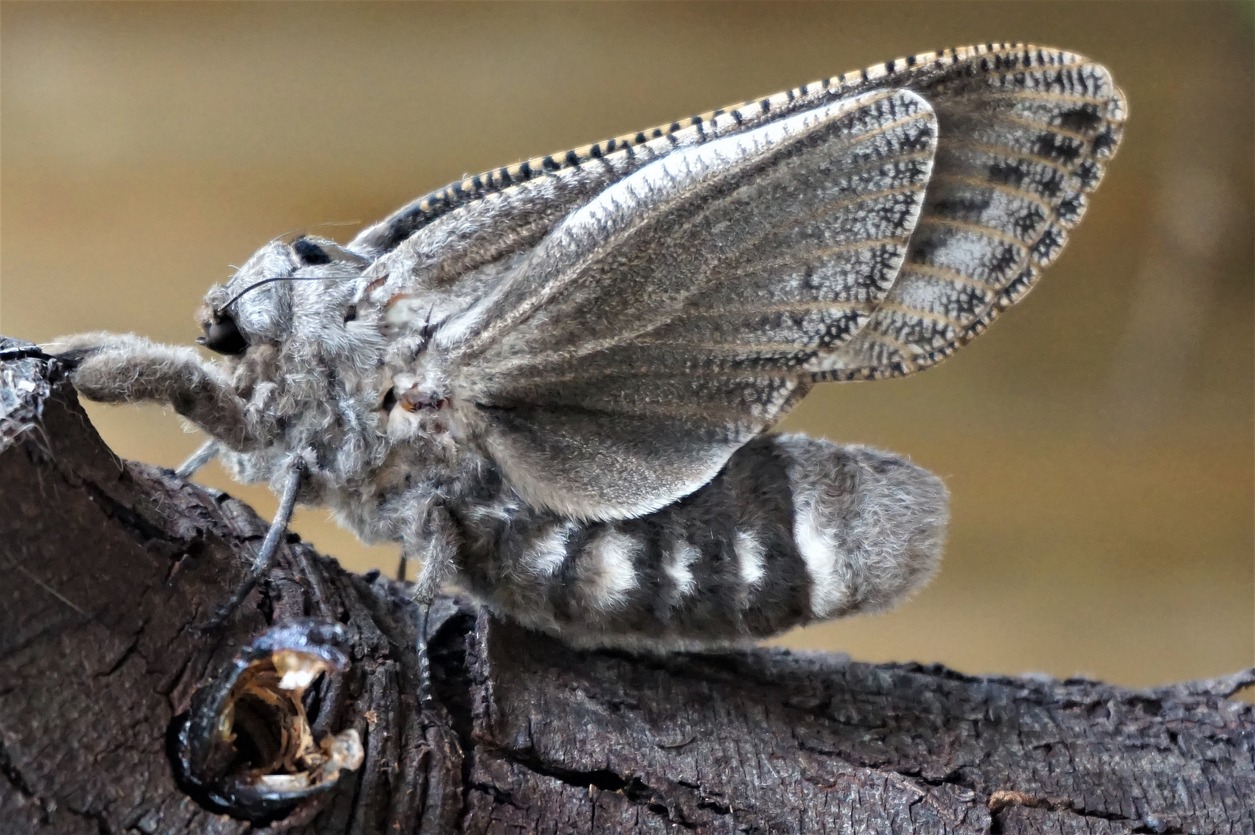 They only last a few days in the moth stage of their life cycle, and they pass away soon after mating and laying eggs. All of the energy they require for their brief adult lives—which are without functional feeding organs—comes from fat reserves that were amassed during their larval stage. Larvae have a three-year lifespan as opposed to the short time they spend as moths.

The female’s large weight is caused by her bloated abdomen, which is filled with up to 20,000 tiny, yellowish eggs. They are hidden by a glutinous secretion that is deposited in the cracks of the bark of living trees. Numerous tiny 1.5 mm caterpillars emerge from the eggs, lowering themselves on delicate silken strands. They are believed to be randomly dispersed by the wind, riding on their silk “parachutes” much like many spiderlings.

Where the tiny, newly hatched larvae feed is still unknown, but it is well known that the later-stage caterpillars of the Giant Wood Moth reside in burrows inside the trunks of eucalypts. They might spend their early years feeding on underground roots. It is known that the Giant Wood Moth grubs are already 25 mm long and as thick as a lead pencil when they first drill into eucalyptus trunks. On the other hand, there are also the seven largest caterpillars in the world.

After two years of growth, the caterpillar is 15 cm long and 3 cm in diameter. Grubs that will develop into male moths will be considerably smaller. When this happens, the grub is prepared to pupate or change into a chrysalis from which the adult moth will hatch. Before pupating, the caterpillar gnaws the top of its turning chamber through to the outer bark because the moth would not be able to squeeze out the tiny hole the caterpillar made when it first entered the trunk. The thin bark covering this crumbles in a few days, revealing a circular opening to the outside that is about 3-4 cm in diameter and about 5-8 cm above its original entry hole.

The grub changes into a pupa by shedding its skin as it retreats (chrysalis). The circles of spines on this pupa’s body allow it to move quickly along its burrow. It has a large, cutting tooth on its head. When the pupa is ready to hatch, it rotates in the burrow and uses this tooth—which functions somewhat like a can opener—to cut all the way around the plug’s perimeter. Finally, the plug emerges into the chamber’s lower portion. The pupa then wriggles out of the burrow through the upper, larger aperture in the bark. The moth emerges from the hole in that position, dries its wings, and flies away, leaving the empty pupal shell sticking out.

Following the moth’s departure, the tree starts to grow, covering the openings. The two holes are completely sealed off after about a year, leaving the recognizable “double scars.” In addition to having numerous visible moth burrows from the past and present, unhealthy trees are more vulnerable to attacks than vigorous ones. The burrows don’t seem to cause long-term harm when the host tree is large. The tunneling grubs, however, may weaken young trees to the point where a strong wind can snap them. When Yellow-tailed Black Cockatoos chew into the trunks of eucalyptus trees to obtain the fat grubs for food, severe damage can occasionally result.

In Australia, there are about 60 different Endoxyla species, not all of which are large or exclusively eucalyptus-feeding. E is yet another typical large one in the Brisbane region. liturata that penetrates wattle trunks. Aborigines consumed a lot of cossid larvae. Those found inside tree trunks were painstakingly removed, and the large, filling, fatty grub served as payment enough for the laborious task. The real “witchetty grub” in Central Australia is E. Leucomochla, whose underground caterpillars consume the roots of the thorny “witchetty bush” (Acacia kempeana). Aborigines in the Center continue to harvest these grubs in large quantities, but instead of the customary sharpened wooden stakes, they now typically use pointed steel bars.