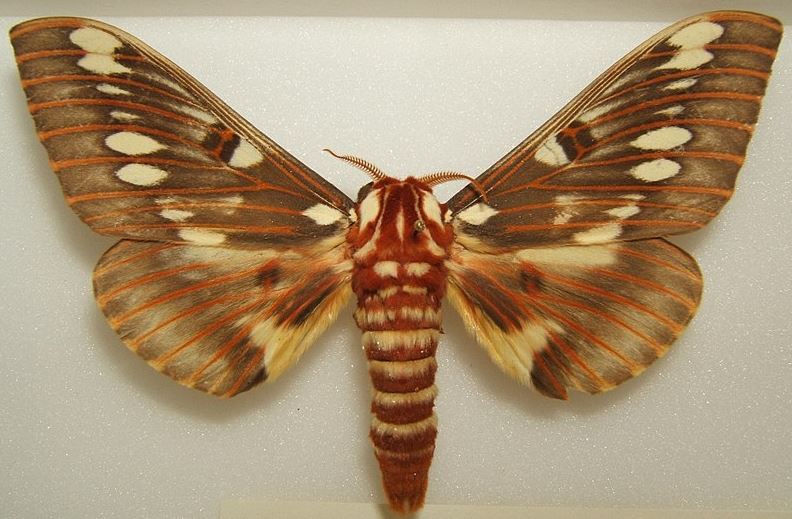 I’m here to change your mind if you believe a name like Splendid Royal Moth is a bit excessive for a month. These magnificent moths are large, mouse-gray with red-orange stripes and splashes of light cream. As they grow into 4-5 inch lavender beauties with black and orange spikes, Citheronia Splendins larvae are already stunning in their own right, with a variety of rich colors and patterns. It is one of the biggest moths in the world. Although it enters Arizona’s southern border and New Mexico’s extreme southwest corner, Citheronia splendens is primarily found in Mexico. Larvae eat native plants like skunk bush sumac and evergreen sumac, as well as wild cotton and point leaf manzanita.

This majestic beauty can be found in the lower regions of the United States and along Mexico’s northern border. The mating season lasts only from July to August, and groups of one to four eggs are laid at a time on a host leaf. They prefer the tasty leaves of the wild cotton, manzanita, New Mexico evergreen sumac, and squawbush. They are dark grey with red veins and white markings. In September, they will tunnel underground to complete the pupa stage of their life cycle before emerging as a moth.

More than 160,000 species of moths are thought to exist, the majority of which have neither been adequately described nor given suitable names. The Atlas Moth, the largest in the world, is among the most well-known moths. With a wingspan that is nearly 12 inches long, the White Witch Moth has the largest. The most attractive Lepidoptera is thought to be the Madagascan Sunset Moth. Moths aid in the production of seeds by pollinating flowers while consuming their nectar. Included in this are food crops, garden plants, and wild plants. Moths also provide important information about the state of our environment. They are widely distributed, can be found in a variety of habitats, and are sensitive to change.

The forewing’s upper side is a dark gray color with red veins and white oval spots in between the veins. With red veins and a red wing base, the upper side of the hindwing is cream on the inside and dark gray on the outside. 106-150 millimeters is the wingspan (4.2–5.9 inches). Adults fly from July through August. 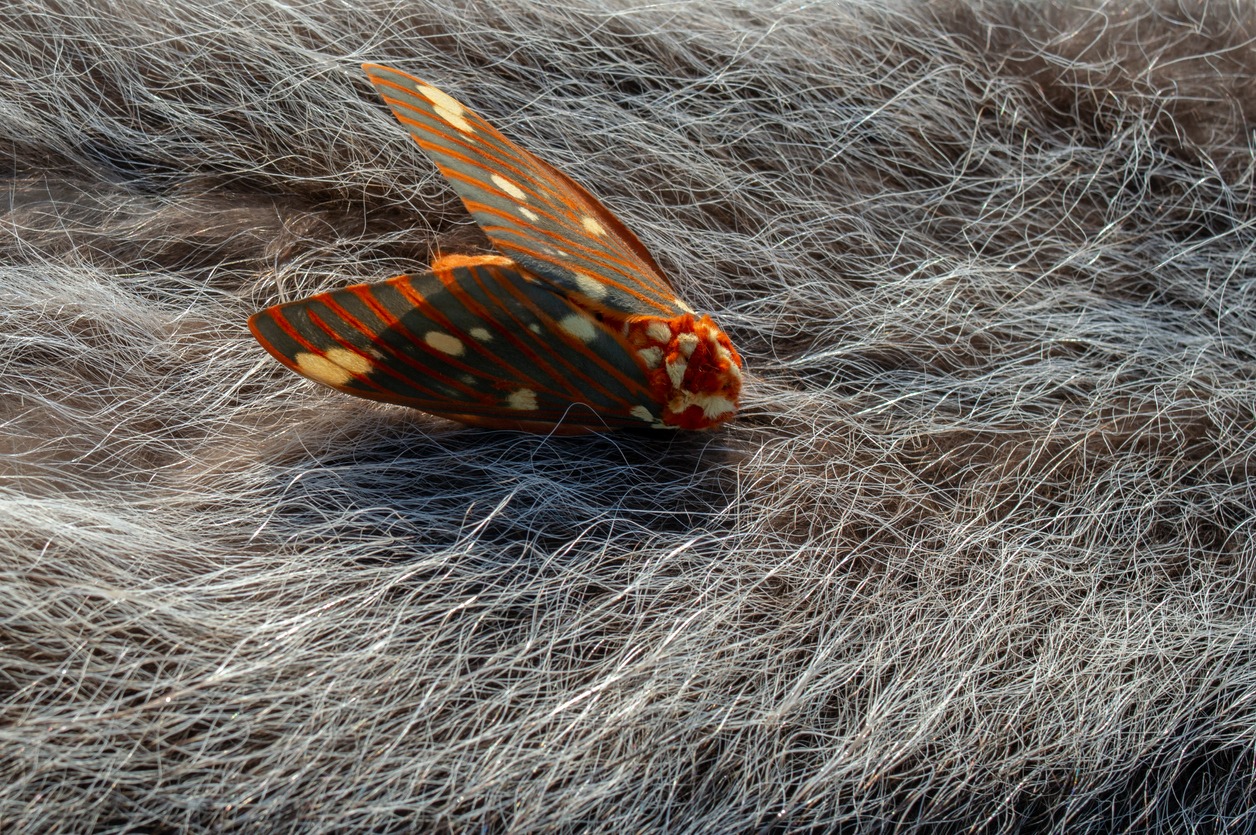 On the sides of a plant’s leaves, the females deposit eggs in clusters of one to four. The caterpillars spend the majority of their life cycle on leaves and feed on them at night. They resemble bird droppings. When the caterpillars reach adulthood, they begin to feed throughout the day by consuming the petioles or stems of leaves. Typically, Gossypium thurberi, Rhus trilobata, Arctostaphylos pungens, and chlorophyll serve as their hosts. They enter their pupal stage underground where they burrow in September. The species transforms into a moth once the pupa stage is complete.

It produces oval, 2 mm in diameter, yellowish eggs. When laid singly or in groups of up to four on the upper surface of the host plant leaves, they prefer nut trees like Juglans and Carya. There are regional preferences, with sumacs being used in areas where the other fruits are not easily accessible and sweet gum and persimmon being used in the south. However, during the ravenous fifth instar, a single larva can strip several branches of its leaves. In later stages, larvae are solitary and rarely present in numbers great enough to cause defoliation.

The tiny yellow larvae that emerge seven to ten days after the eggs are laid quickly turn dark. The caterpillars are solitary night feeders in their early stages, but as they grow older, they curl up during the day and resemble two-toned bird droppings.

As they mature, the caterpillars begin to eat during the day. They molt four times. They can grow to a length of 15 centimeters (5.9 in) and feed heavily on their host plant for 37 to 42 days. Each instar is distinct, but the fifth and final instar is when they change to a bright green color and develop enormous red horns with black tips, earning them the name. Despite its frightening appearance, the larva is harmless and one of the Saturniidae’s easier members to handle. Despite being sharp, the spines do not sting. Furthermore, there is a large and unique caterpillar called the Imperial caterpillar.

The larva loses its gut, changes from green to turquoise, and tightens, shines, and stretches as it prepares to pupate. They then descend to the host plant, where they bury themselves for five to six inches in the ground before pupating in a chamber that is precisely formed. The pupae are dark brown or black in color and have a short cremaster. Some pupae overwinter for two seasons, perhaps to protect themselves from unforeseen and unfavorable conditions like fires and flooding or to maintain genetic diversity over generations.

Hemolymph must be pumped into the moths’ wings in order for them to spread out when they close (emerge). The male can recognize the pheromones that the females release thanks to its large, plumose antennae. Men will travel great distances to locate a woman. While the male moth may mate more than once, the female spends the majority of her remaining life laying eggs. Adults of these moths have vestigial mouths, which are reduced mouthparts. They don’t eat as a result, and as adults, they only live for about a week.

Moths have been seen throughout the extended growing season. The emergence follows a clear bell curve, with peak weeks falling during the first wave of the humid summer, which may synchronize emergencies. The midsummer moth typically flies from late June through August, with its larvae peaking from August through October.

Adults are not grazers. Scrubland and riparian corridors in foothills make up its habitat. On the other hand, their range extends from Southern Arizona into Central and Southeast Mexico.